The weather this week turned against us in our "small batch" production of maple syrup. Even daytime temperatures were well below freezing. This causes the sap flow to cease. The taps freeze up and plug. Driving around, I see very few taps on other properties. So us amateurs jumped the gun I guess.

We did do a boil of the 3 gallons of sap we got before the weather turned. Last year we did all boiling on the kitchen stove, which worked, but takes a long time, and generates huge amounts of steam. Ideally you would use a commercial evaporator that has a large surface area. But the cost of this is prohibitive for small-scale operations like ours. So we  bought a 100% redneck-approved propane-fired turkey fryer for this use. 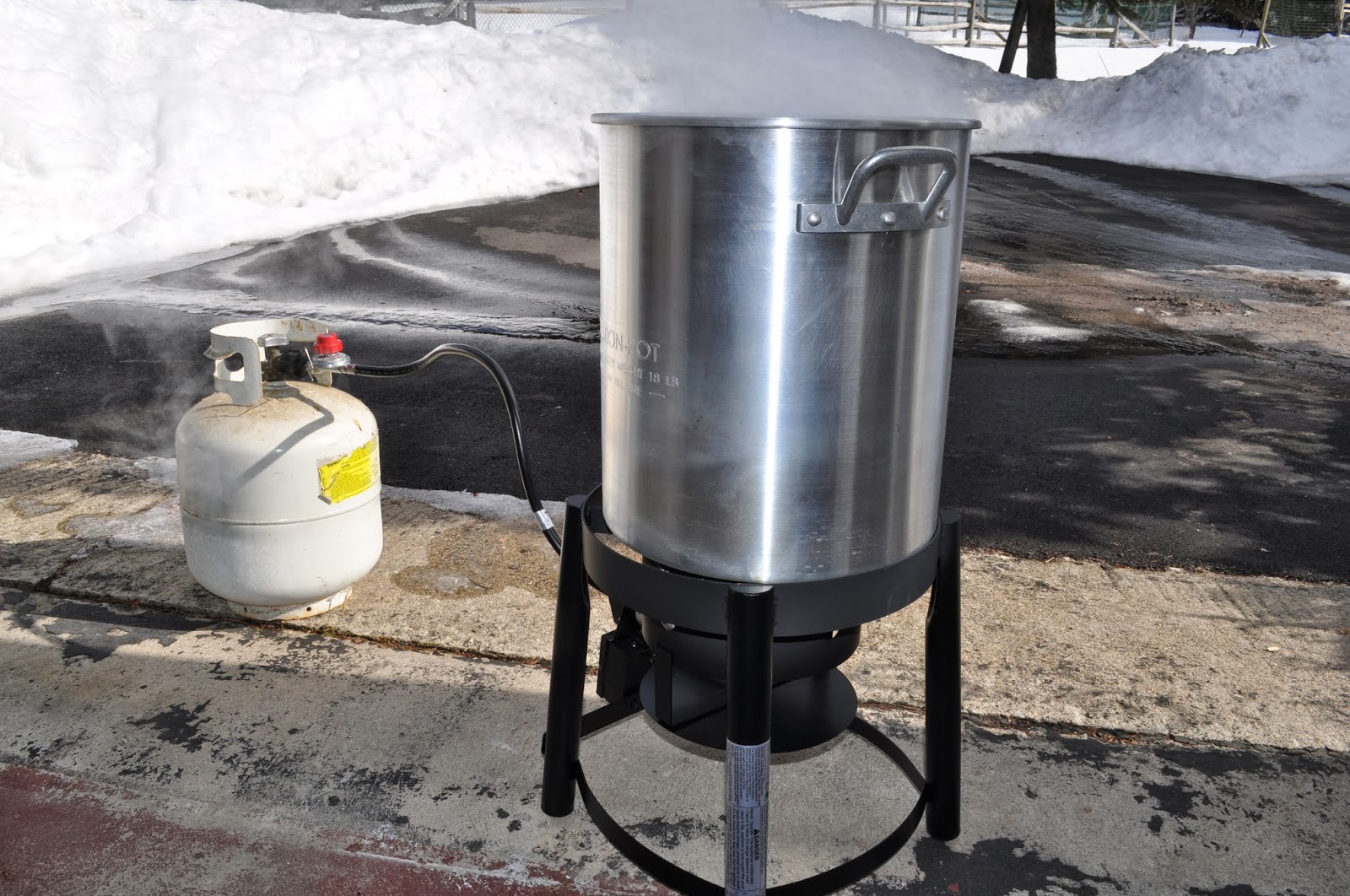 It has a 36 quart kettle, and the burner really pumps out the BTUs. We do this outside for safety.

When the liquid has reduced enough to fit into a saucepan, we transfer the operation back inside to the gas stove, as it is easier to finesse the temperature for the final reduction. You want to bring it just to the boiling point of water (at your elevation), stirring frequently. If it gets any hotter it will start to crystallize. A candy thermometer is essential for this.

So we got just a half-pint out of this run. Here it is, on the right, compared to what is left from our last year's production (it stores fine in the fridge). 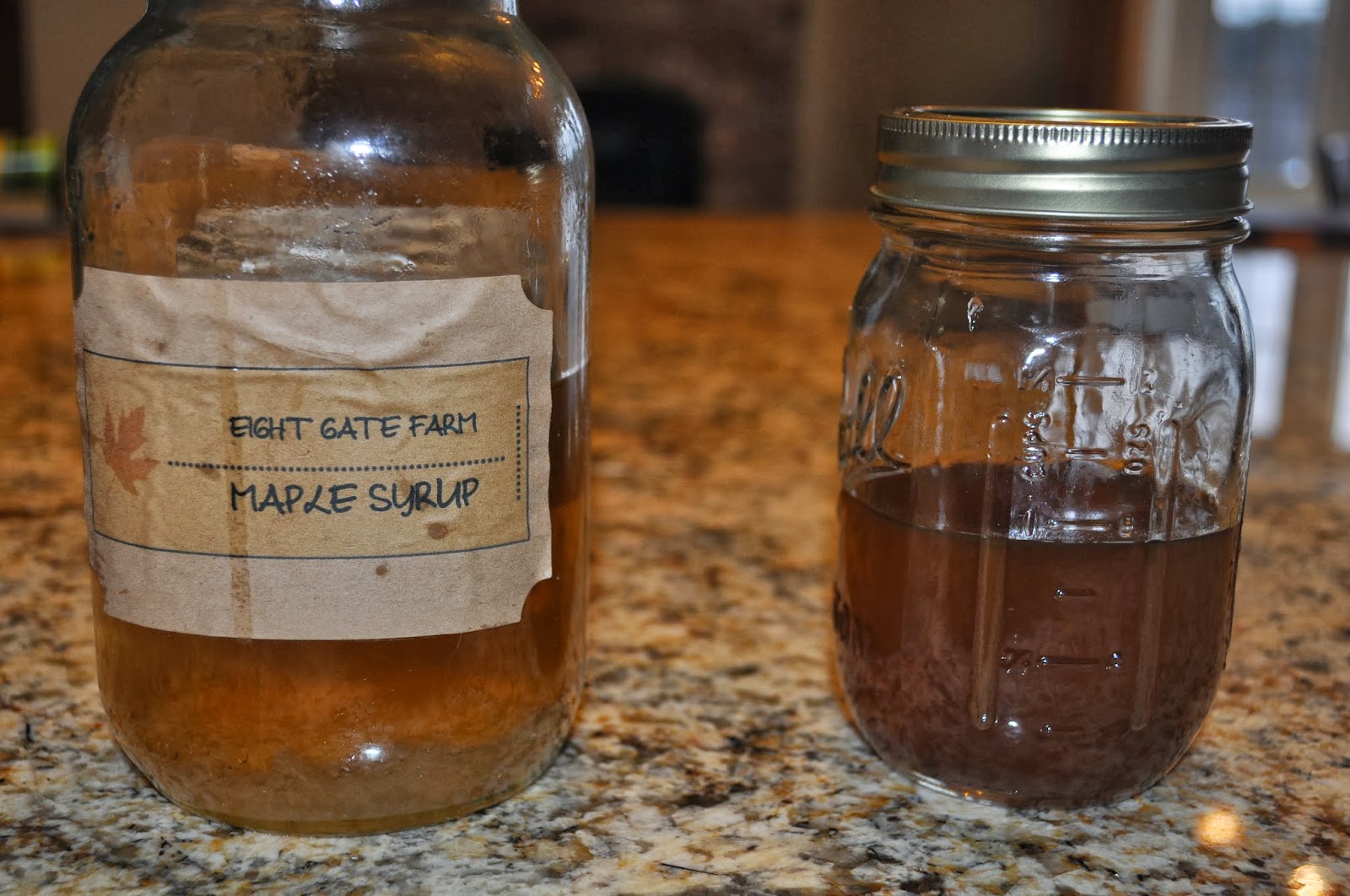 This year's is much darker in color; I really don't know why. Maybe the more-rapid boiling makes a difference.

And looking out, the weather pattern does not look very favorable. We won't have any days above freezing until March 6, and even then, not much above. Hopefully we accumulate enough sap to have another boil before we have to stop and pull the taps in mid-March, as we have a schedule conflict. The commercial producers will probably just be getting started then.

I hope there aren't fewer pancake breakfasts in the forecast!

Thanks for reading, and thanks to Daphne.
Posted by Eight Gate Farm NH