I'm not the handiest guy in the world, but I do like working in wood. When I saw plans in Mother Earth News for DIY produce storage bins, it looked like something I would enjoy.

Here's the link. The instructions are in the text, but you have to view the slideshow to see illustrations. I used the print magazine's article.

I basically followed the plans, with one important difference, which came about like this.

A few years ago we had a major remodel of our screened porch. Really it was more a demolition and a rebuild, to much larger dimensions.The interior is finished with 1x6 V-groove pine. We stained the boards before they went up. We ran out of stain, and the second batch was defective. The local hardware store made good on it, not only replacing the stain but replacing the boards as well. That left me with several bundles of stained boards. I've been gradually using them in projects, including the bins in this post. 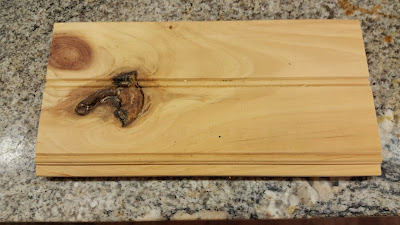 The plans for the "tall" bin called for two 1x6 (really 5 3/8") cedar fence boards on each side. I knew that after trimming off the tongue and groove edges of my scrap lumber I would need more than two. I decided to rip my boards to 4" even, and use three on each side. So I had to raise the height of the bins to accommodate them and also the ventilation gaps between. Instead of 14" risers, I made mine 15 5/8". I also built a lid, which was not in the plans.

Otherwise I followed the script (!)

Here's how the first one came out. 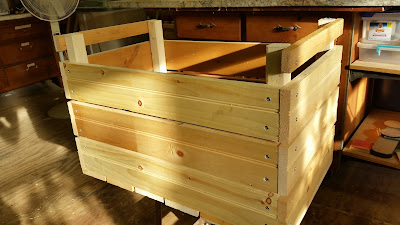 For the "handles," I used up some oak planks that were here in the barn when we bought the property. So there really was not a lot to purchase! 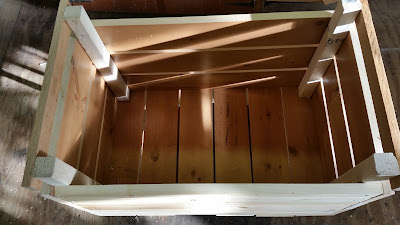 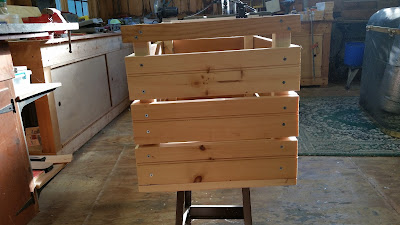 The ventilation gaps are a great idea, but I worried about mice down in the cellar, so I decided to put screening over them (another variance from the plans). 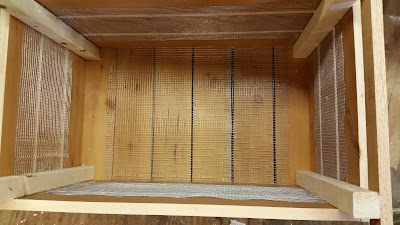 The lid is just a simple frame made with the same wood, ripped to 3" 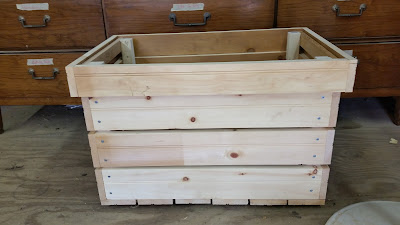 That, too, got screened. 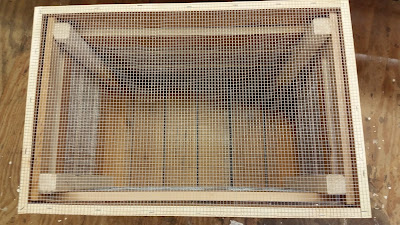 One 2x5 foot roll of  1/4" mesh hardware cloth is the screening (what a strange term, "hardware cloth." It's metal.). There was next to nothing left over.

These bins are bigger than they look. Twenty pounds of potatoes are lost in it. 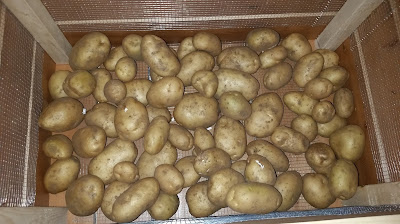 This was a fun, not too frustrating project, with a useful result. And I got to give my table saw a workout, which I love. Why didn't I buy one years ago? I like that I used wood that would have been discarded, and I will burn the trimmings in the stove in the barn's workshop. So no waste!

I have all the materials cut for a second bin. It will be great for winter squash. I may stack it on the potato bin, and therefore need only one lid. We'll see. 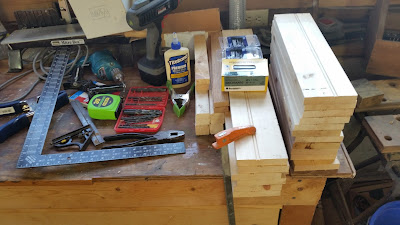