Woodchuck Invasion - How I Handle It

This happened on Sunday. I felt the story should be told, but it wasn't suitable for the upbeat Harvest Monday banter. In fact, if you are opposed to the, shall we say, drastic elimination of garden enemies, please read no further.

In the past few weeks I noticed that a fair amount of produce was being damaged. Now, there will always be chipmunks and voles, and you can't really do much about it. Fences don't stop them. But this looked worse. Something seemed to be trying to burrow under the fence at one place. I stopped it up with firewood on both sides of the fence. While we were gone, and my MIL was watching the place, nothing seemed amiss, nor was the week since eventful.

On Sunday I did some harvesting. Later that afternoon The Kitchen Goddess and I went out to do a final picking. Here is what we found. 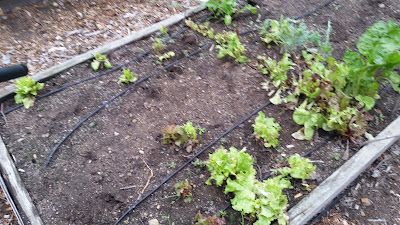 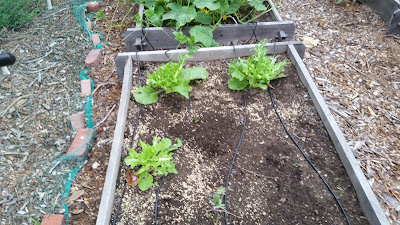 Half the precious Diva cucumber vines nipped off. 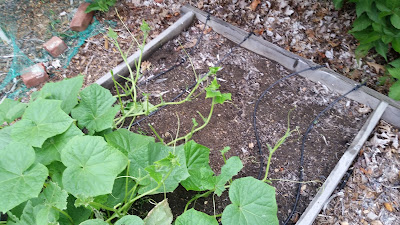 And under the potato bed, this enormous burrow: 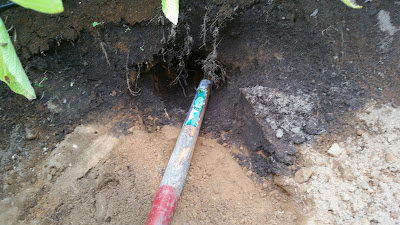 That's the handle of a hoe showing you how deep I could go. It's over 3 feet, and probably extends much farther.

All this happened in a few afternoon hours.

I went back to the house to get my Instant Lead-Poisoning Administrative Device, i.e. varmint rifle. He was gone when I got back to the garden. So I sat on the bench waiting. Within a little while he appeared outside the fence. He went around the neighbor's apple tree and vanished under their shed, where undoubtedly he had a home. But he emerged in a few minutes and went back to the apple tree. Those were his last steps. His death was quick and painless.

So, problem solved for now. But I could not find the other end of his burrow, if there is one. I stopped up this end, but would not be surprised if another one will find its way in. I deal with it then.

Actually, he is the 4th one I've eliminated this year, but never before had one gotten into the garden. The others were preventative action, when spotted in our field.

I'm not proud of this, nor is it something I like doing. It's just necessary to protect what you treasure and rely on, like we do our garden. And I don't believe that trapping and relocating is good for either the animal or other people's gardens. There are plenty of hay fields and corn fields around here where woodchucks can play to their hearts' content. Just not here please.
Posted by Eight Gate Farm NH