Welcome to Harvest Monday at Eight Gate Farm, brought to you by Daphne's Dandelions!

While there is considerable debate as to whether it is a real statistical event or not, "January Thaw" has been something I've looked forward to every year since I moved to New England from Santa Barbara, California (wait, what?) o-so-many years ago. One source says it occurs annually around January 12, and right on cue, it arrived this year. Temperatures "soar" into the 40s and even 50s (F) during the day, and the nights might even be above freezing. All right, so it isn't spring, but we'll take it. It is supposed to continue this week, and if it does, there is a good chance the snow might completely melt. Until the next storm, that is.

So we took a trip to the vegetable garden yesterday. The raised beds look like krep, to be honest. They are lumpy from frost heaves, and there is standing water because it can't drain into the soil which is still frozen a few inches down. The paths still have snow.

However, the Brussels Sprouts were exposed, so it was a good time to chop the last of them planted in spring. And in the cold frame, carrots were available for picking. We took a few, enough for dinner. Some were still completely frozen in, and trying to pick them only snapped off the leaves. They won't grow anymore, of course, but we still should be able to dig them out in early spring along with the ones we left untouched. Here is what we harvested, laid out in the snow: 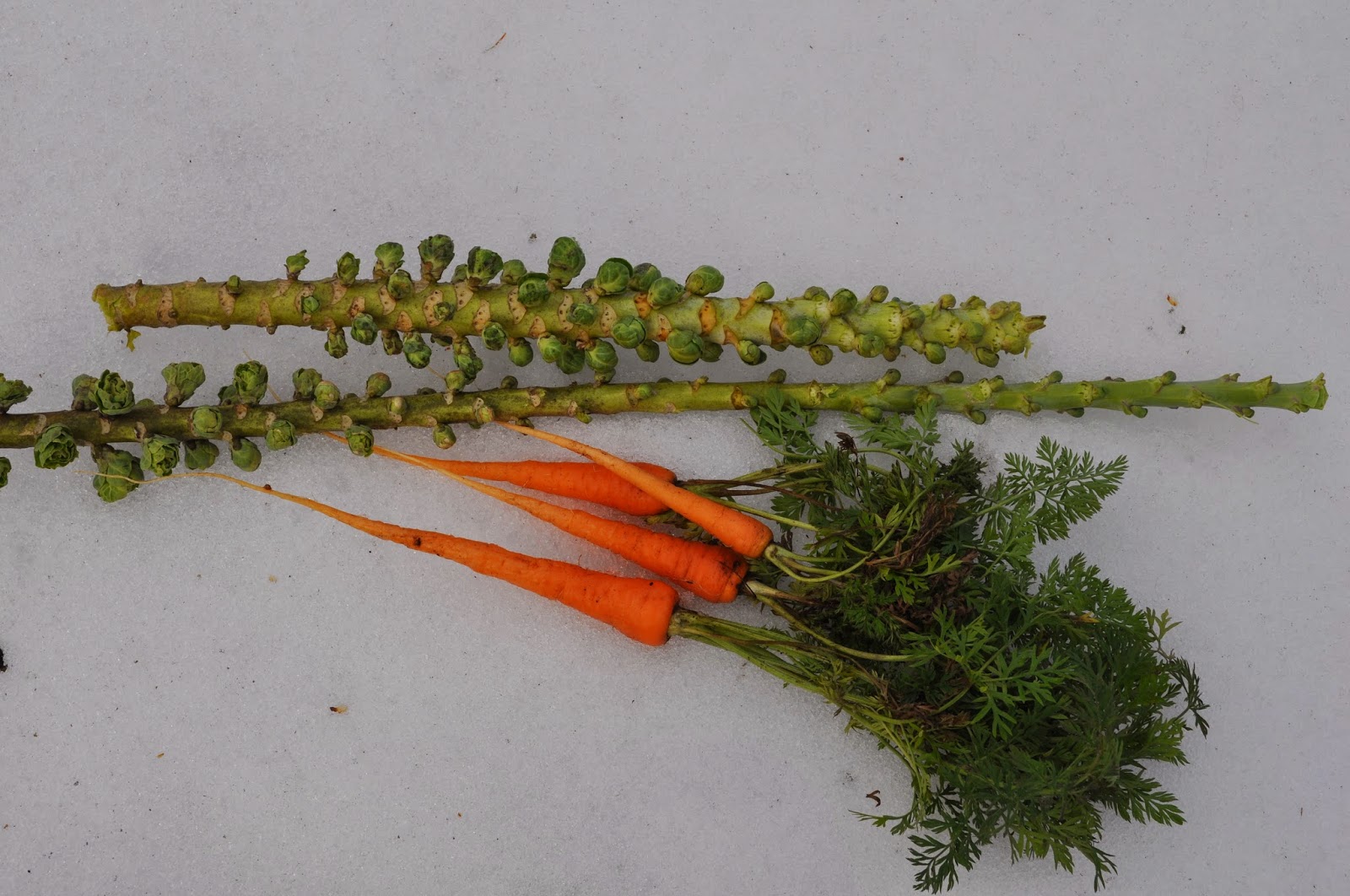 This made a nice addition to a delicious supper of Beef Stroganoff. 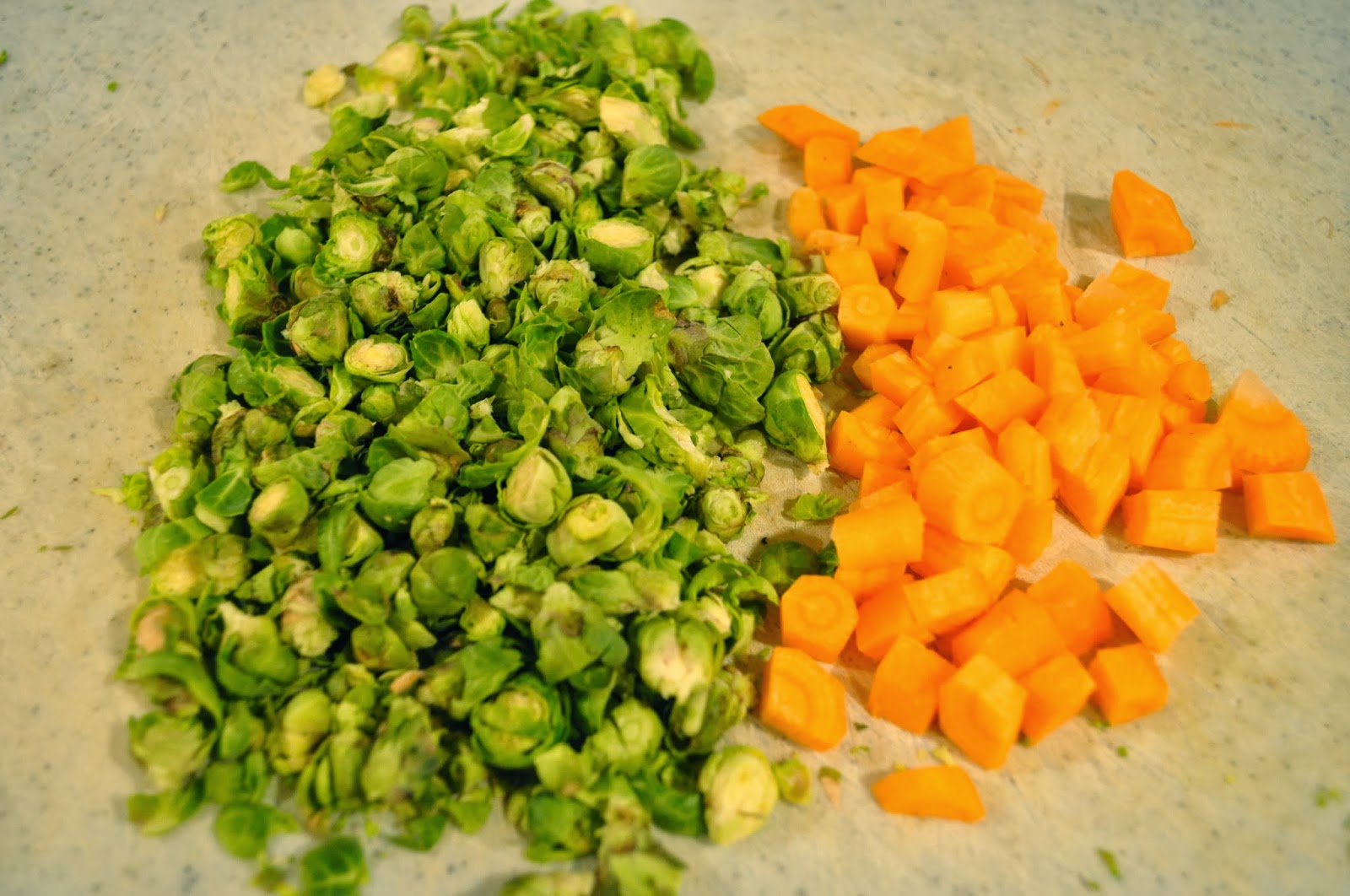 Yes, we have plenty of carrots and Brussels Sprouts in the freezer we could have used, but it sure is fun to pick and use something, anything, in the garden in January!

If you have a January Thaw in your area, I hope you are enjoying it! Sadly, winter is far from over.
Posted by Eight Gate Farm NH 2 comments: