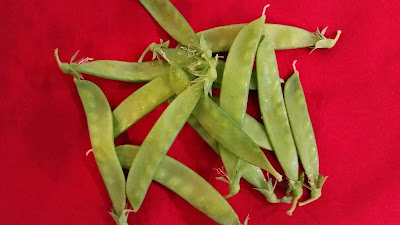 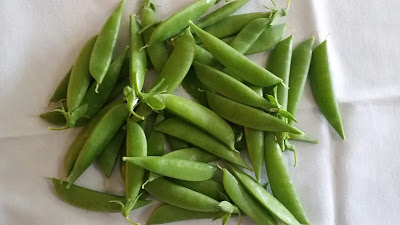 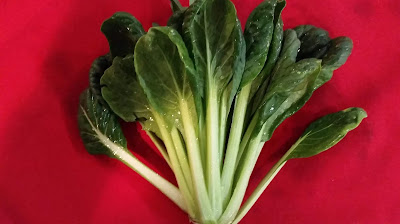 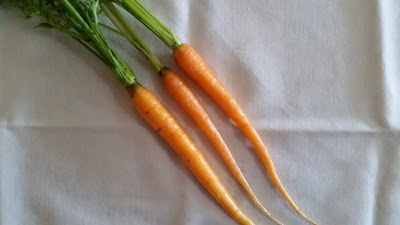 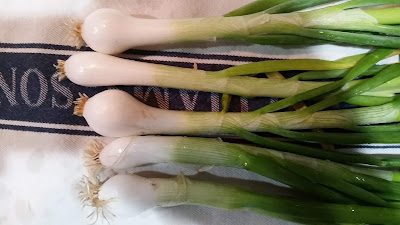 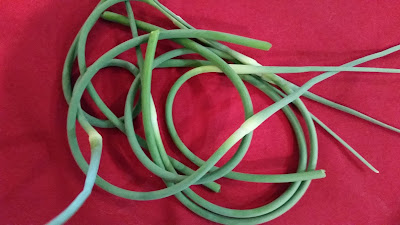 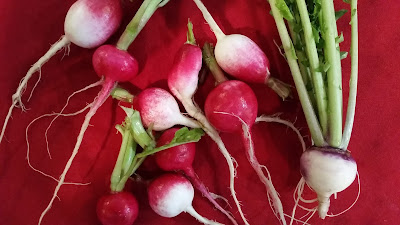 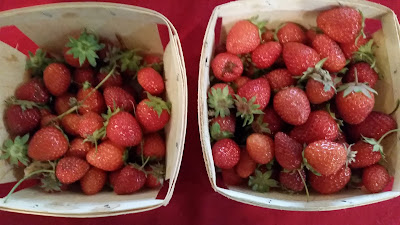 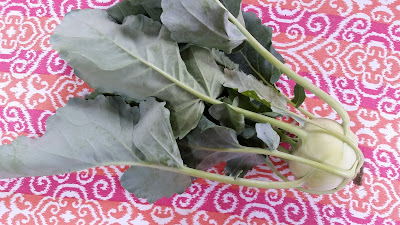 So despite all my griping about the weather, the garden has been kind to us in many ways. Have to remember the positive things. Thanks for reading, and thanks as always to Dave of Our Happy Acres for hosting Harvest Monday.
Posted by Eight Gate Farm NH 8 comments:

It's almost [calendar] summer, but until lately you wouldn't know it here in New Hampshire. The nighttime temperatures were holding in the low 50s. My peppers and eggplants are pouting, and I despair they will ever put on growth. The tomatoes, though, seem to be holding up and growing, but fruit looks a long way away.

This translates to almost everything having the "slows." We are starting to get some harvests though.

The radishes are doing beautifully.

We took the first turnips (Purple Top White Globe). The one on the right is about as big as we grow them here, maybe golfball size. Thus I have to laugh when I look at the picture in the Baker Creek catalog, where that adorable little girl is holding a softball-sized specimen. Regardless, we get good greens, and tasty roots to add to our salads.

We are getting a fair amount of salad greens from the mixes I planted. 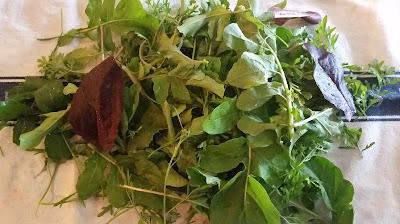 And the first garlic scapes were ready to be cut. 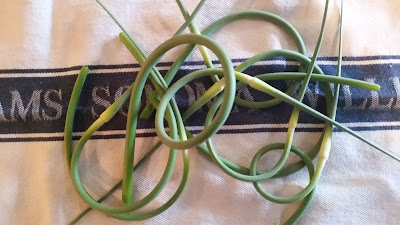 Strawberries are starting to roll in. Overall, they seem to be much smaller than last year--whether it's the weather or tired vines I do not know. But they're good. 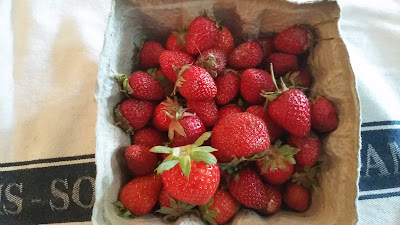 The next two harvests, diminutive though they may be, are also welcome. First up are beet thinnings for greens: 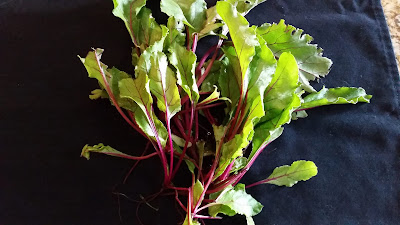 Next are carrot thinnings. Though they aren't really sweet yet, they add a nice carroty flavor to our salads. 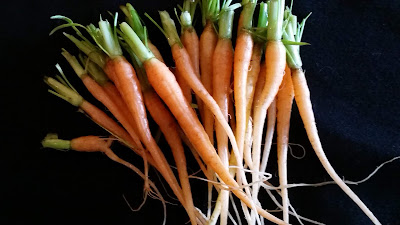 The Kitchen Goddess made some more chive flower/tarragon vinegar. Not only is it a lovely color but it adds a savoriness to dressings. 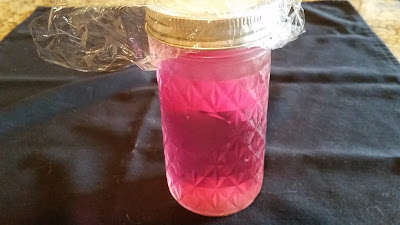 Lastly I present bug notes. The two fennel plants I put in the Kitchen Herb Garden are working well as a trap crop for the Eastern Black Swallowtail caterpillars, keeping them from the parsley etc. (as least for now). Given the speed with which they defoliate the plants, they clearly like fennel a lot more than I do! 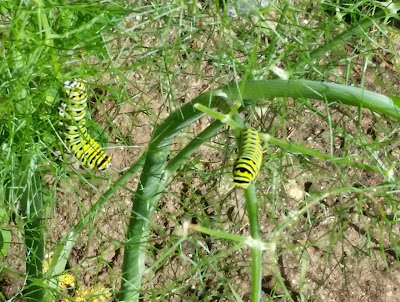 Not much else to report. Thanks for reading, and thanks as always to Dave at Our Happy Acres for hosting Harvest Monday.
Posted by Eight Gate Farm NH 10 comments:

Hello again from Eight Gate Farm. It's June, and we finally have something to show beyond asparagus.

First up is Toy Choi, a delightful baby Asian green, living up to its name. These were already starting to bolt. One went right into a wonderful soup.

Next we have the first radishes.

And finally a thinning from the small rows of salad blends. From the spicy taste, I think this was mostly arugula.

Ah, June! Where are the consistently warm days and nights of my memories? When I woke up this morning it was 48 F (8.9 C). Certainly not good for tomatoes, peppers, and eggplants. I sure hope this does not hit them too hard.

More in the woe department...on Saturday night something uprooted, but did not eat, two 20-foot rows of corn seedlings. To me this was not hunger, but vandalism! What could have done this?

Not only that, but voles overcame the [meager] defenses of repellents, and destroyed a bed of onion and leek seedlings. No time to replant that. I console myself with picturing a family of voles annoying each other with bad breath.

But June is also beauty. This is the first year this lovely iris has bloomed for us. 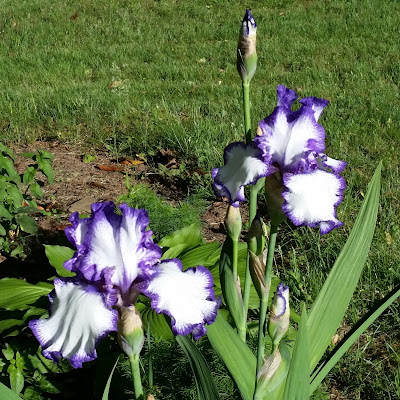 That's all for this week. Thanks for reading, and thanks to Dave of Our Happy Acres for hosting Harvest Monday!
Posted by Eight Gate Farm NH 8 comments: