A Sunday trip to the garden proved fruitful! After breaking through the crusty snow, of course. 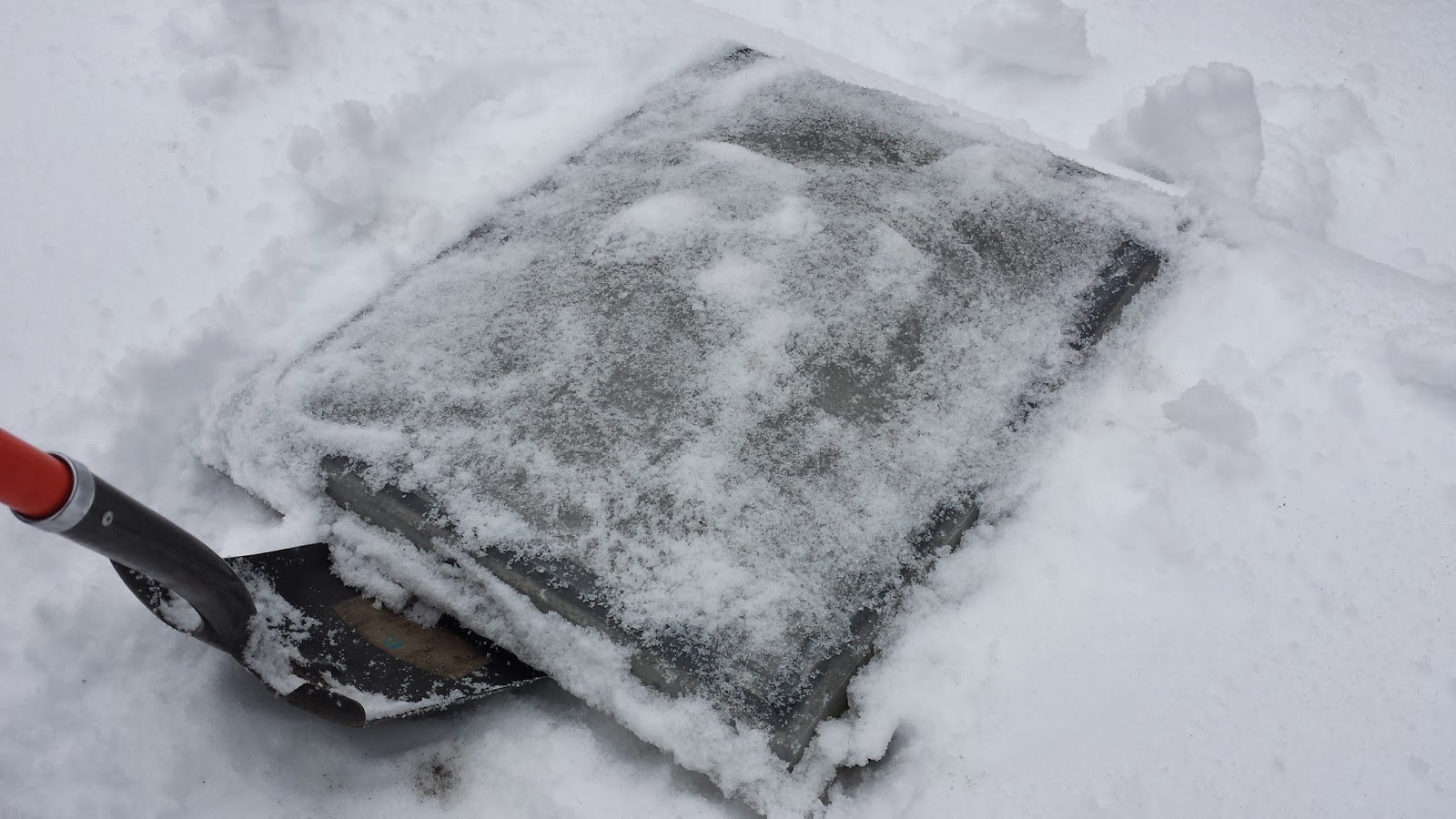 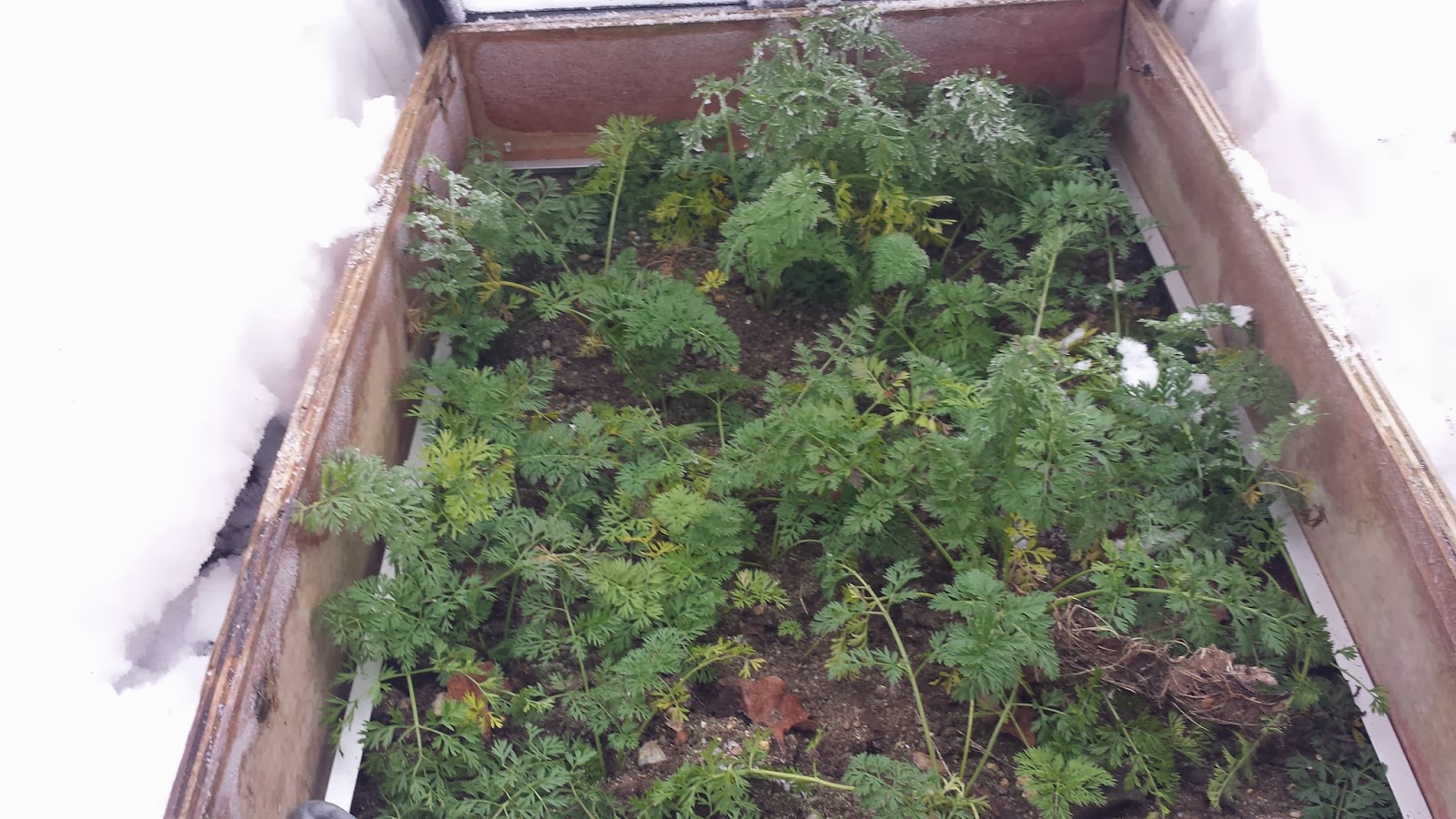 Inside, carrots are looking pretty good! They even seem to be growing a little, though the soil is now frozen around them, too frozen to pick. Might as well leave them for a month or too and see what happens. 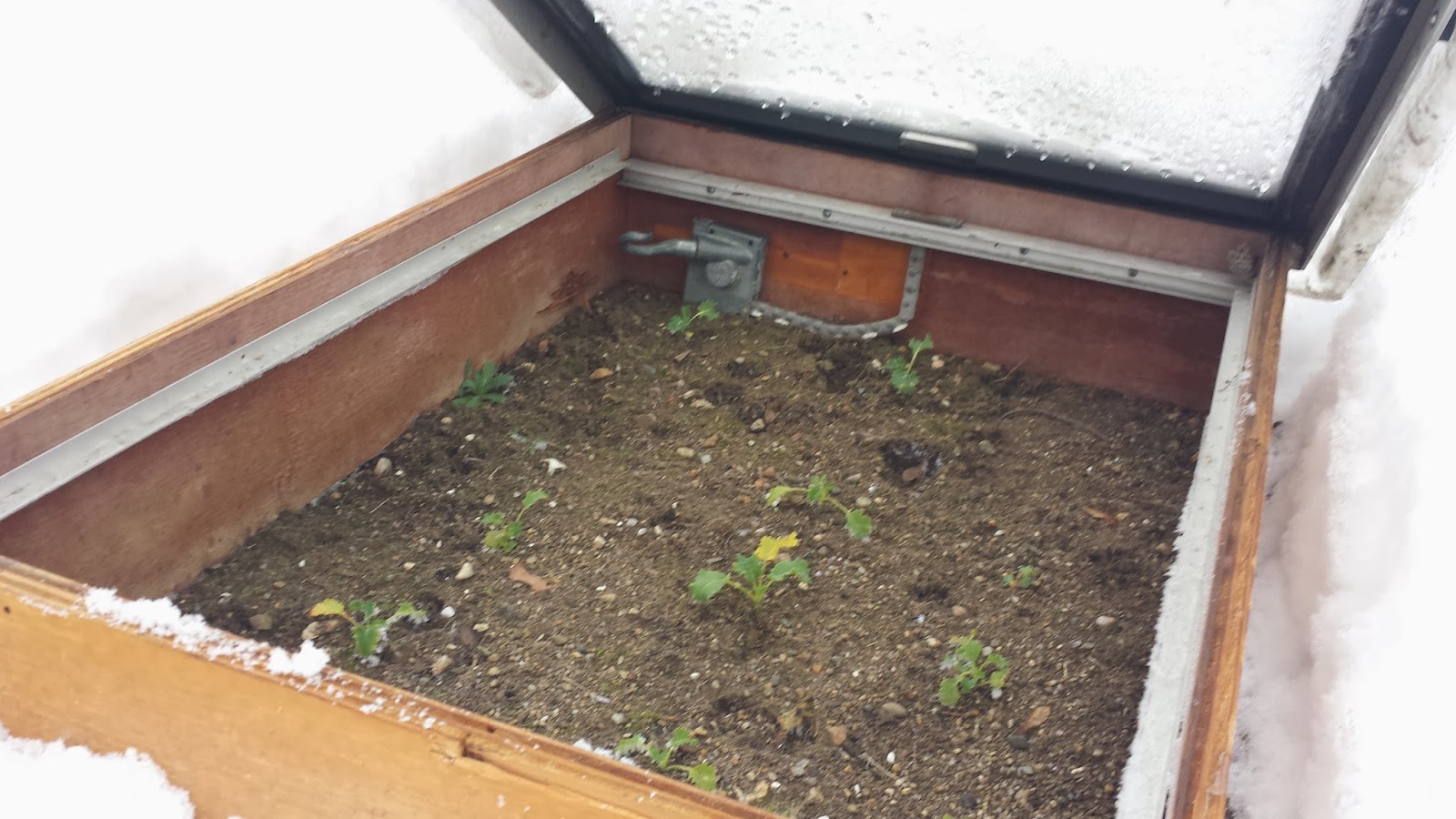 The kale looks no better nor worse than it did before winter. Maybe it will put on a growth spurt in spring. 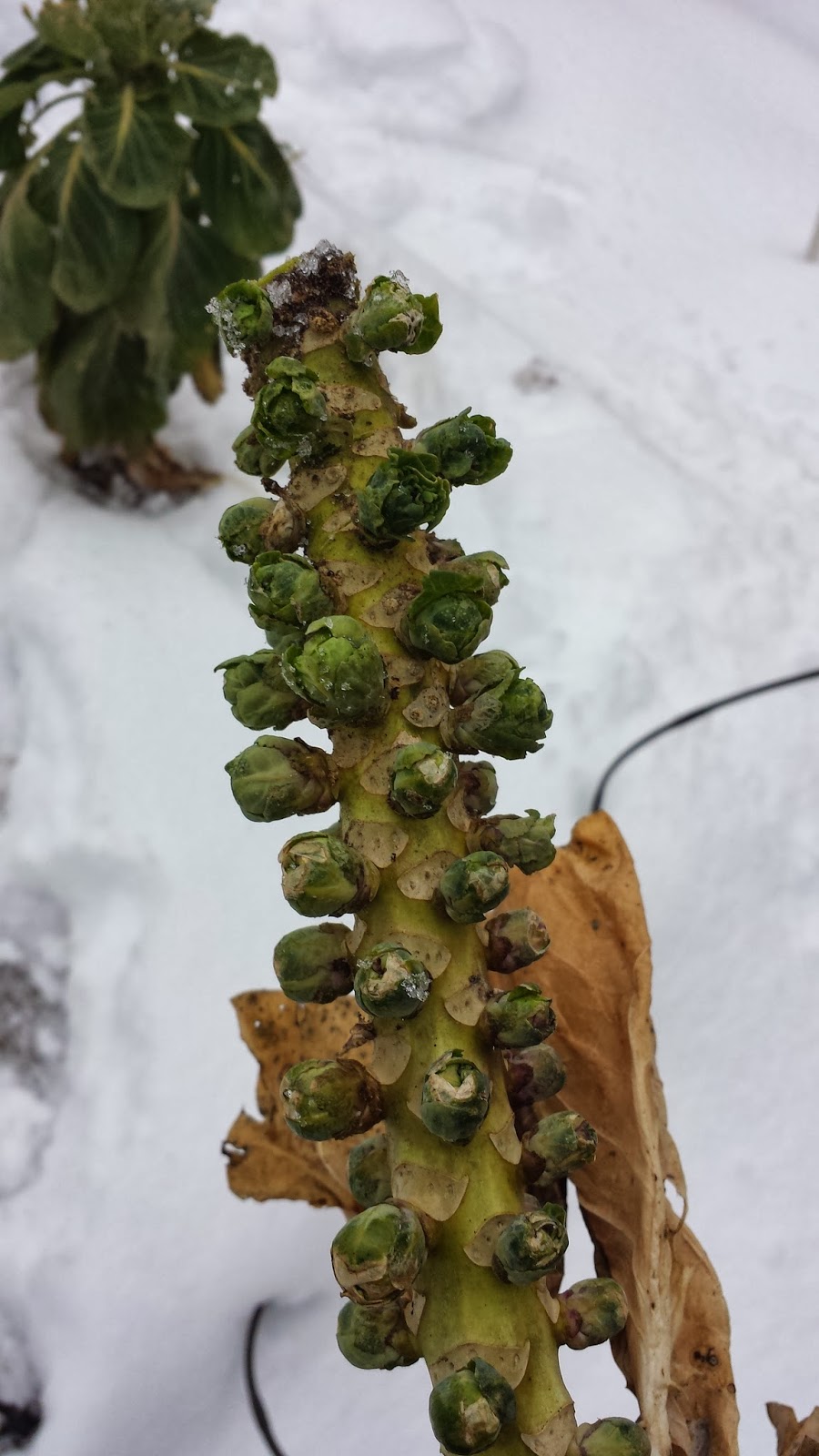 But aha! Brussels sprouts can be harvested! They look a little raggedy where they were above the snow, but under, nice baby sprouts. 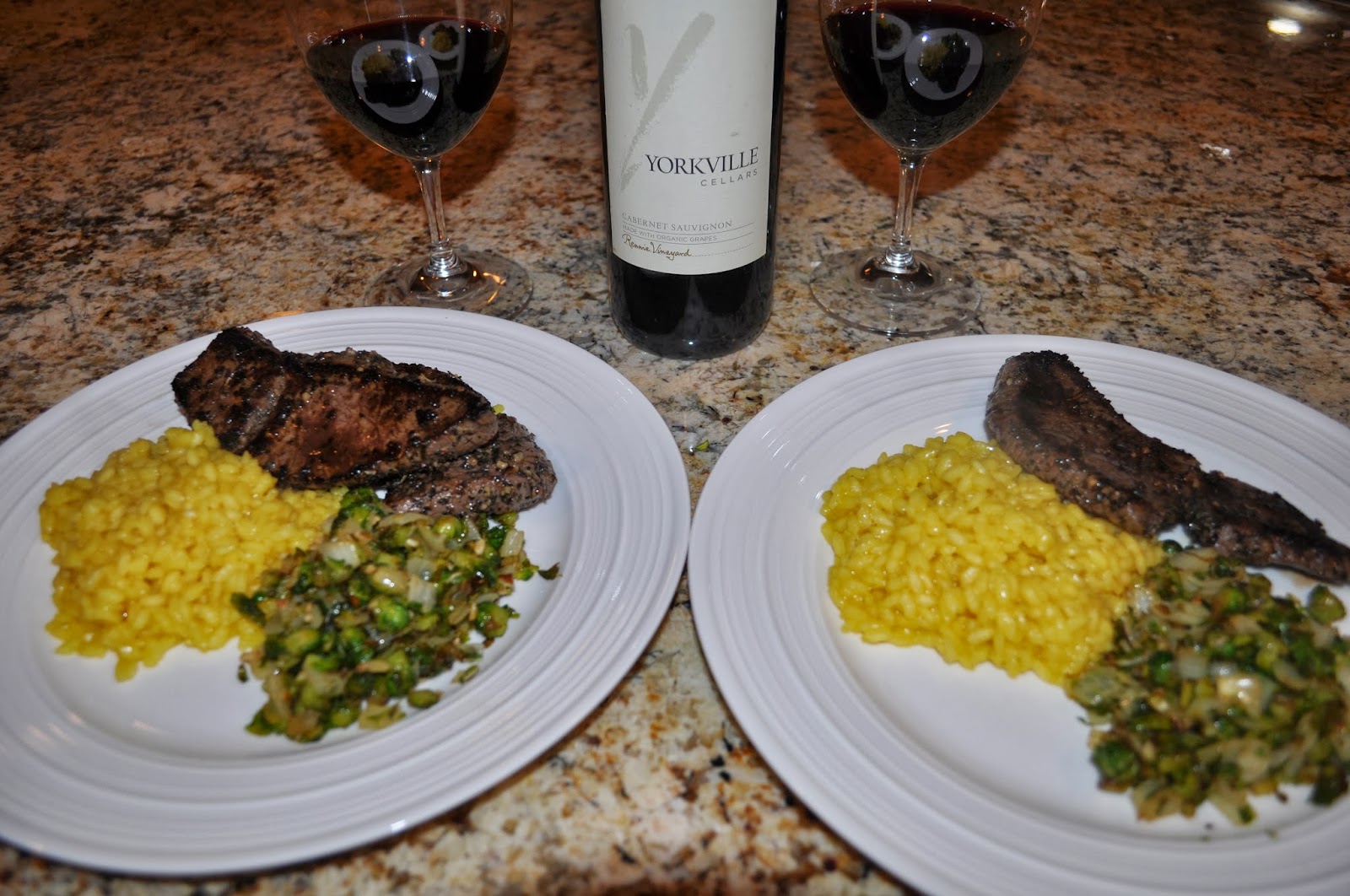 So we get something fresh for our supper. The sprouts were sauteed with our storage onions. The meat is beautiful, tender venison steaks which I "harvested" in November. The Kitchen Goddess soaked them in milk for half a day, then marinated them with our own dried herbs (rosemary, thyme, sage), chive-flower vinegar (the idea for which was provided by Daphne), and olive oil. The starch was saffron risotto. Complementing the repast was a lovely organic Cabernet Sauvingnon from a wonderful family-run, all-organic winery, Yorkville Cellars, in beautiful Anderson Valley, California. Delicious!!
As proud as I am of it, I won't show you the nice buck I got, to spare the feelings of those who might be opposed to hunting.
More shots of the garden as it looks now. 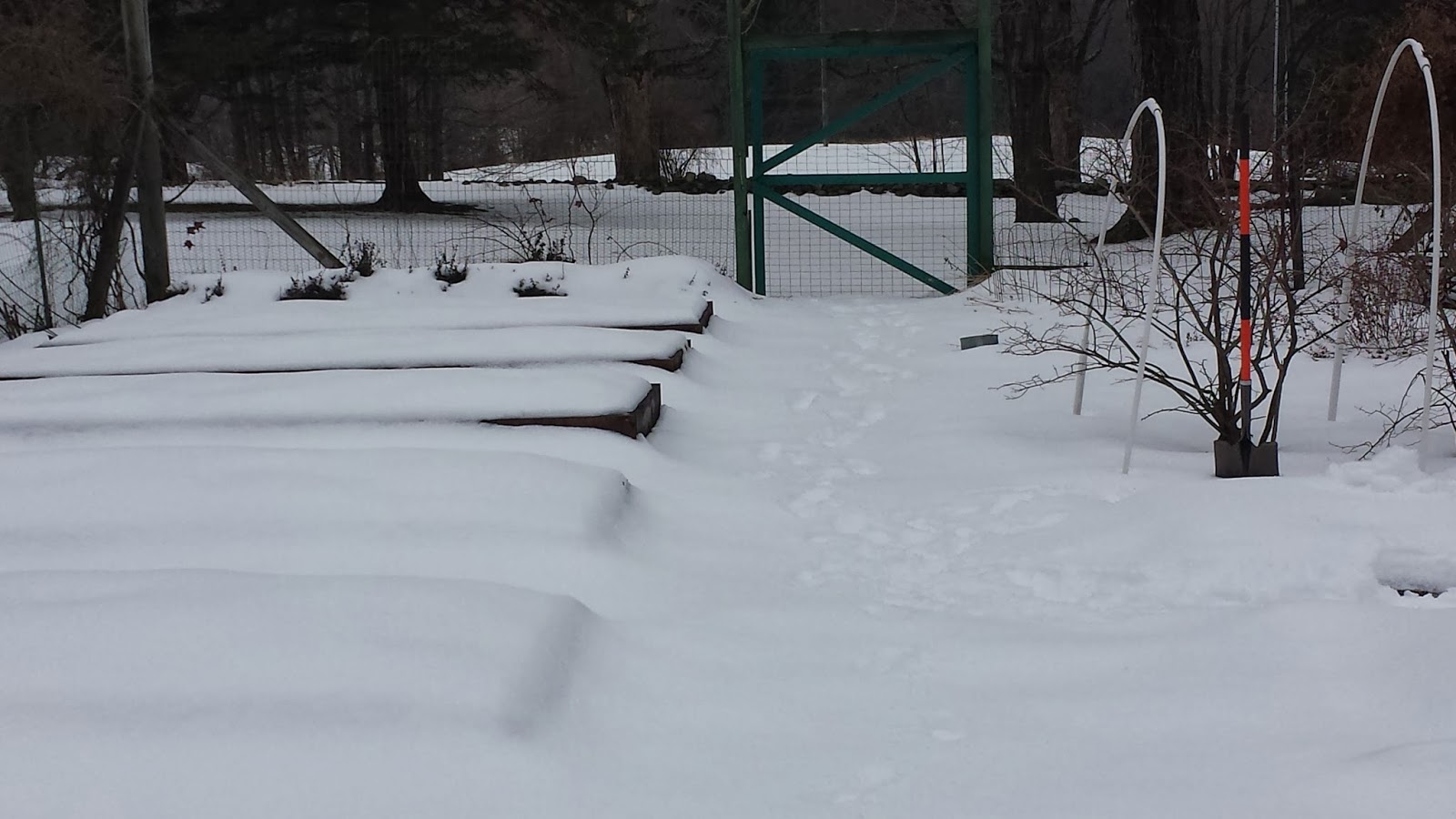 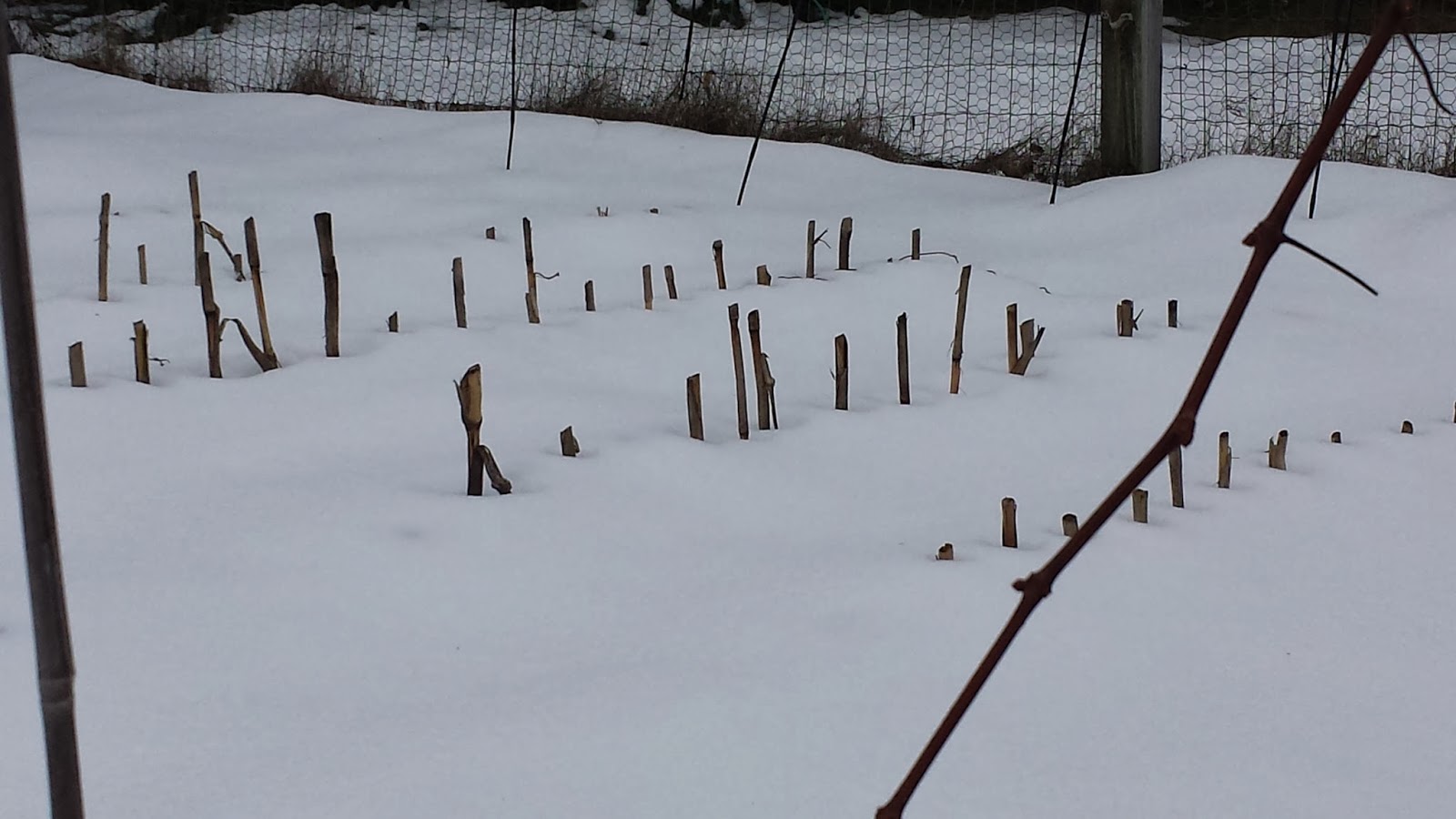 I told you I like the way corn stubble looks in the snow. 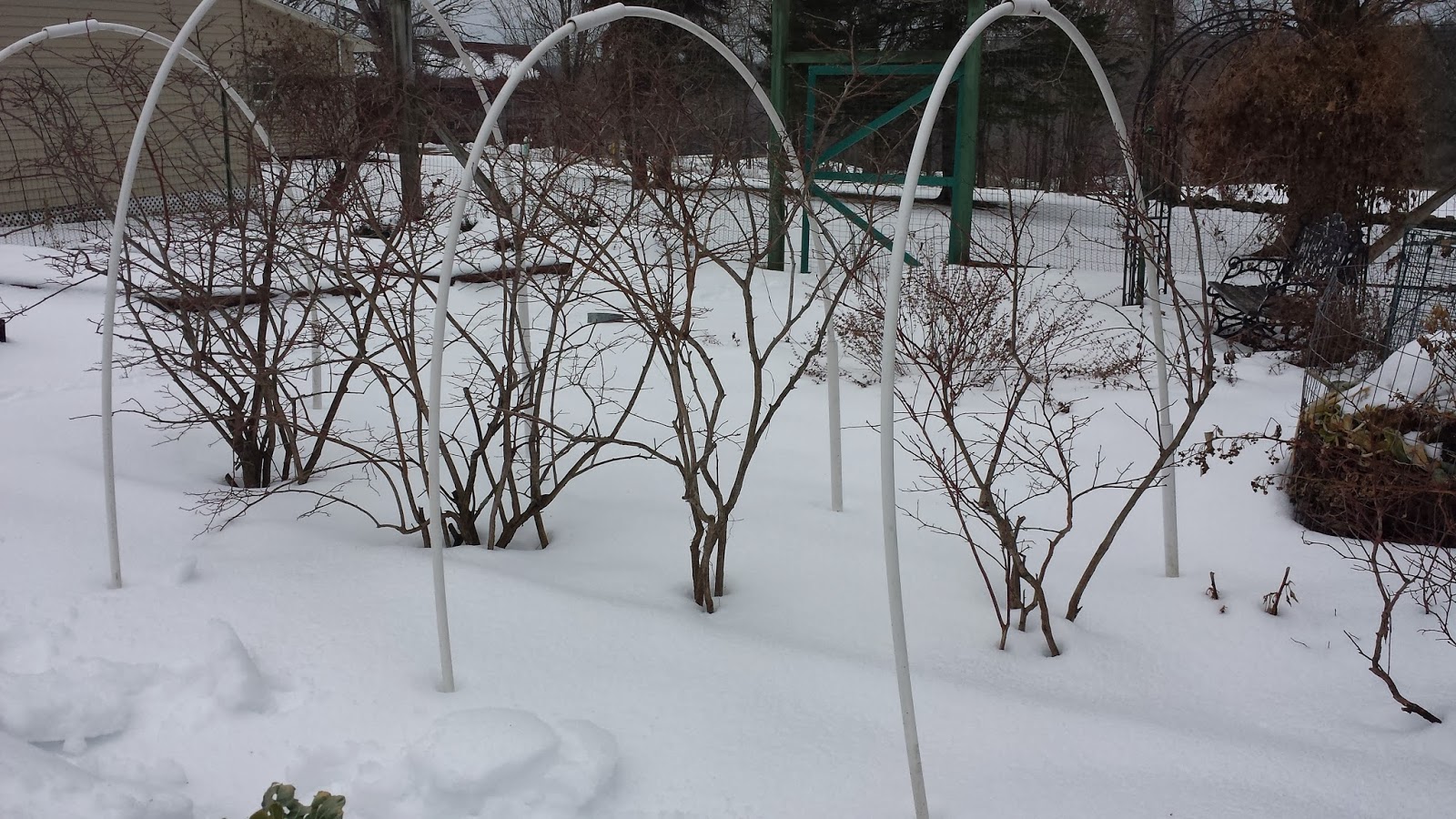 Almost time to prune the blueberries.
So it goes to show us cold climate gardeners can get a winter treat now and then.
Happy New Year to the Daphne's Dandelions community!
Posted by Eight Gate Farm NH No comments: 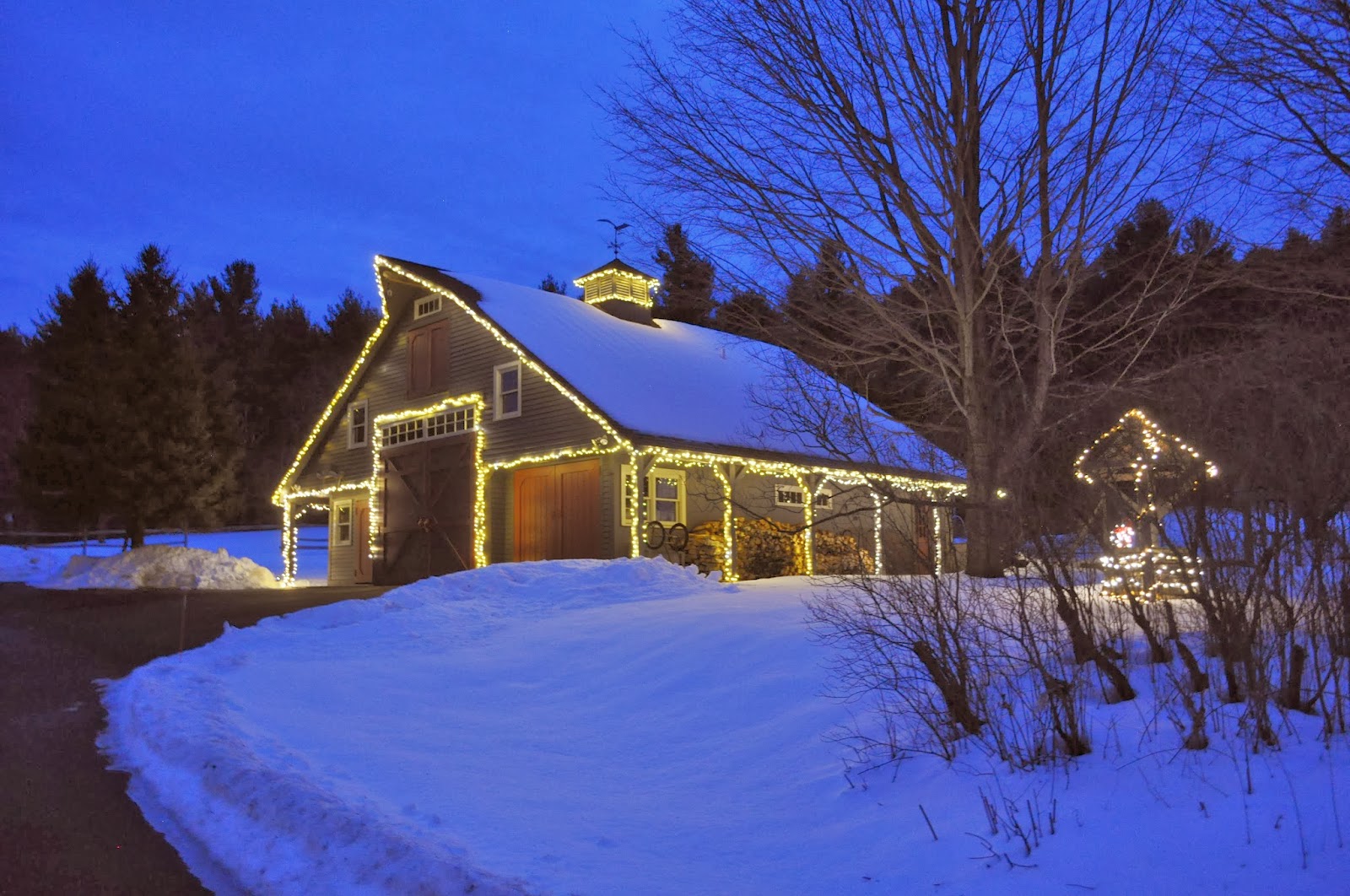 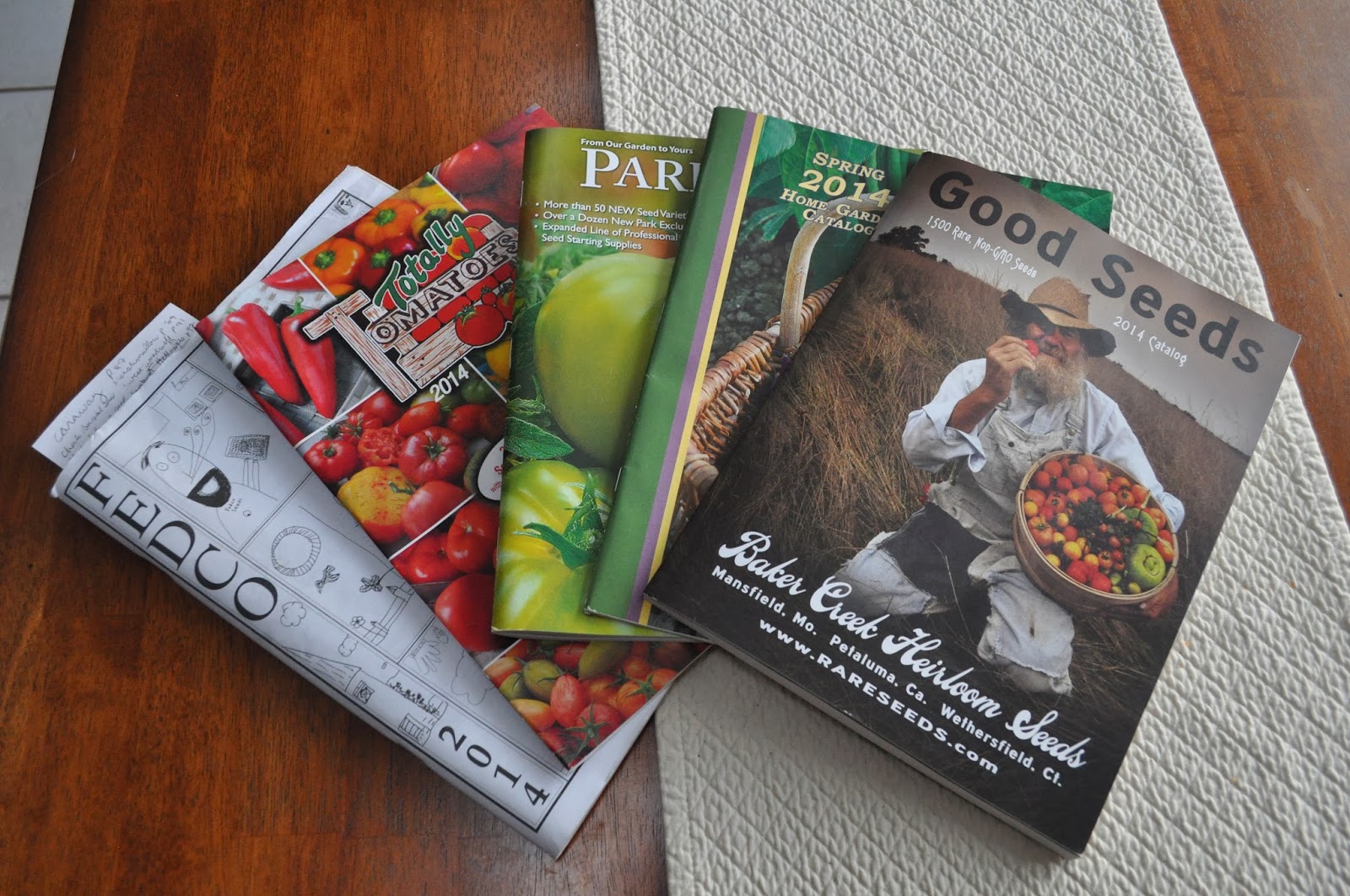 I really liked Daphne telling us what seeds she is buying, and why. Continuing that theme, here are my purchases for the coming season. I'm trying to keep it to two sources this year, with the largest order from Fedco. I like the company, and the free shipping on seeds if you order $30. But I'm not happy with the fact that you have to order cover crops and tubers/onions from 2 other Fedco web sites, and the shipping is high. But the prices themselves are low, so take your choice.
﻿