Welcome to another Harvest Monday update from Eight Gate Farm. Apologies in advance if this post is long.

Again I'm starting with the "firsts" this week. Along with the noble artichoke, probably our favorite crop is sweet corn. We picked the first "Espresso": 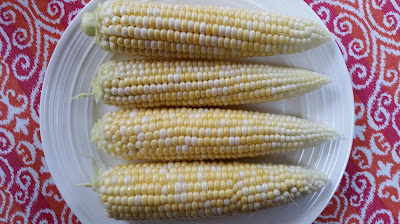 How was it? Truthfully it doesn't compare to the later-season Honey Select in terms of sweetness. But we enjoyed it. I like the concept of an early, cool-soil emergent corn, and now that the Espresso seed is used up, I'll definitely be moving on.

Another "first," but a fail. I was intrigued by the heirloom corn "Dorinny Sweet," which was touted as adapted to northern climates. It did emerge early, but from that point on performed poorly. The result was short, spindly, weak stalks with tiny ears that had poor pollination. And the taste...meh. To be fair, we probably waited too long to pick it, for as you can see the kernels are big, which usually means they will be starchy and tough. Dorinny will not be attempted again, sorry. 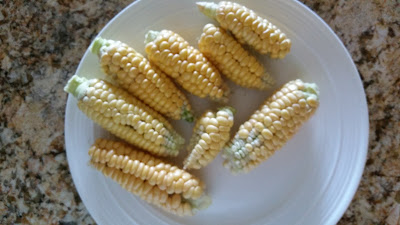 We picked the first "Caspian Pink" (much smaller than is typical) and two "Sugar Plum" grape tomatoes. Delicious! 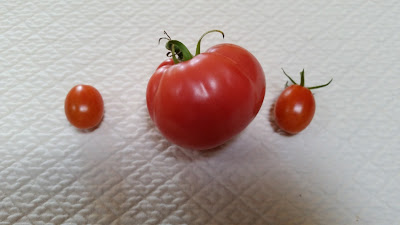 We picked the first "Black Beauty" and "Pingtung Long" eggplants, and a solitary hot cherry pepper: 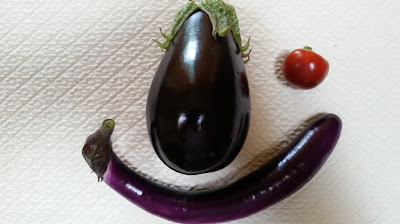 Now for the continuing harvests. Almost every day we picked some or all of the following: 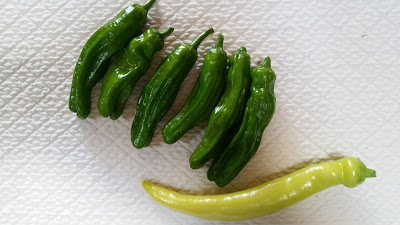 Carrots, zucchini, and picklers (note the sparse foliage on the carrots; the goldfinches, AKA the "salad birds," have been stripping the leaves relentlessly). 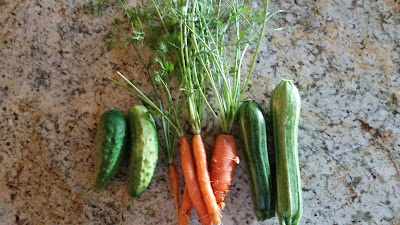 Artichokes, zucchini, Diva and pickling cucumbers. Funny thing about the Divas. The chipmunks have decided they like gnawing on them, but they leave the picklers alone. This is probably because the Divas have no spines on either vine or fruit, and the picklers are covered in them. Or maybe we have gourmet chipmunks. 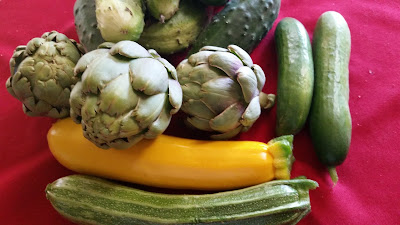 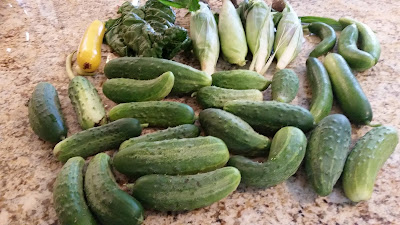 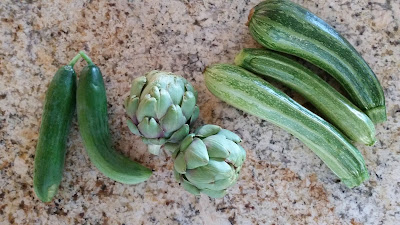 Okay, so the pickling cukes are getting tiresome. We think so too, with over 10 pounds in the fridge. So like I said last week, it's time to pick them tiny and save up to make cornichons. Here we start: 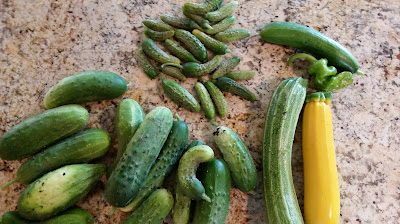 The Kitchen Goddess is doing the best she can with the cucumbers. Here she made 9 pints of "Burger Chips." Note that the labels demonstrate goddess-logic...she puts the date they will be ready, not when they were canned. 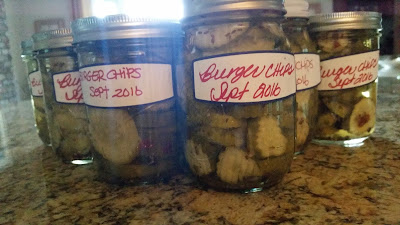 And here, sweet/dill cucumber relish (9 pints). Now down to two pounds in fridge! But, enough relish to last 9 years. 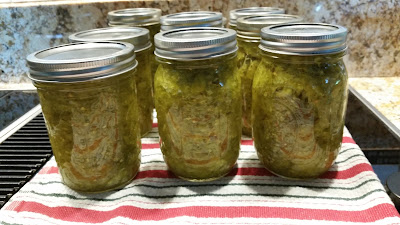 Here at Eight Gate Farm, we try to waste as little as possible. Processing all that relish left a good amount of cucumber juice. TKG found a recipe for Cucumber Cocktail. It was delish, and refreshing (we used gin instead of vodka). As TKG says, "it's kind of like juicing." 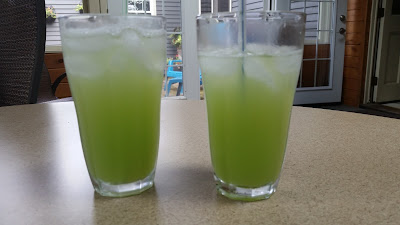 Lastly, presenting Fun With Food with The Kitchen Goddess. Here, she shows you how to make an eggplant swan with shishito pepper wings! 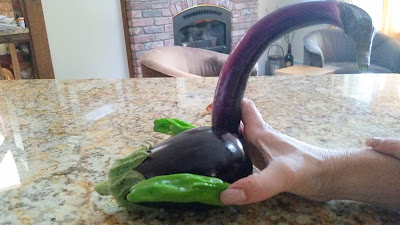 That's all for this week. Thanks for reading! And thanks as always to Dave at Our Happy Acres for hosting Harvest Monday.