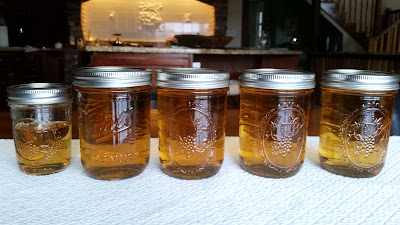 Thanks for reading, and we will see you in the spring with green harvests! Thanks to Dave at Our Happy Acres for continuing to host Harvest Monday.
Posted by Eight Gate Farm NH 8 comments: