Harvest Monday - 26 May 2014 - Plus Introduction To The Survival Garden

It was a tough winter here, and it's been a challenging spring. For the longest time it would just not get warm.

The normal spring plantings of peas, radishes, lettuce, spinach, carrots, and beets have all struggled, with especially low germination of the peas. Very disappointing! Here it is late May, and all we really have to show for this Harvest Monday is a picking of radishes: 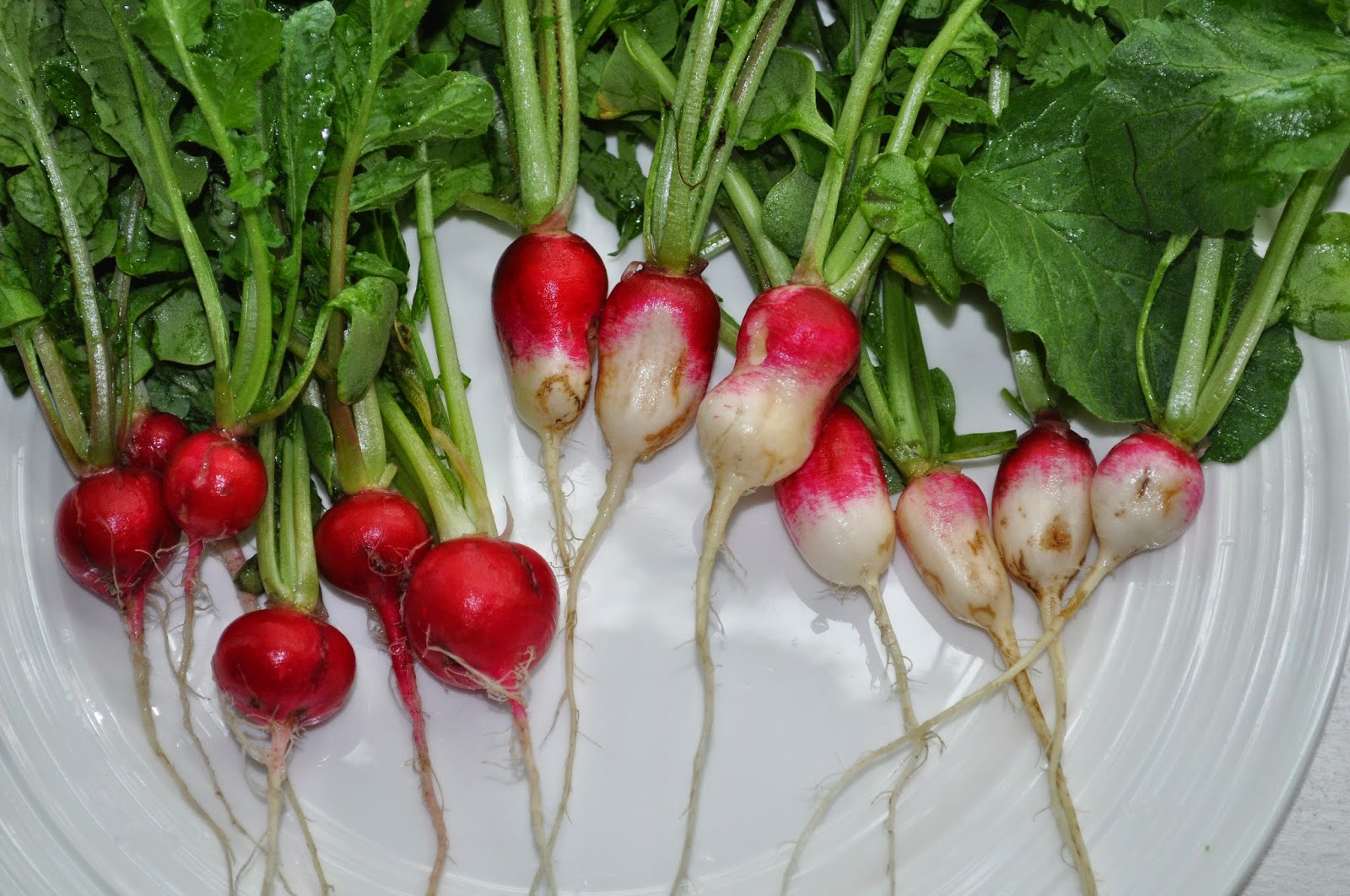 That's spicy Cherry Belle on the left, and milder French Breakfast on the right.

Three years ago I put in a 12-foot row of asparagus in the main garden, with dreams of a lifetime of harvests. Something went wrong though. It appears voles tunneled in over the winter, and destroyed the roots of most of the plants. We got only a tantalizing few spears. I ripped them out, and have replanted with Jersey Knight crowns. So I have to wait again, and I'm not getting any younger!

Over in the Kitchen Herb Garden, the woody herbs like thyme and sage fared poorly over the winter, so I ripped them out and started over. The lavender failed to make it again, so I've given up on it. However, the tarragon, which dies back to the ground, has been a rare bright spot.

Here's what the herb garden looks like this morning: 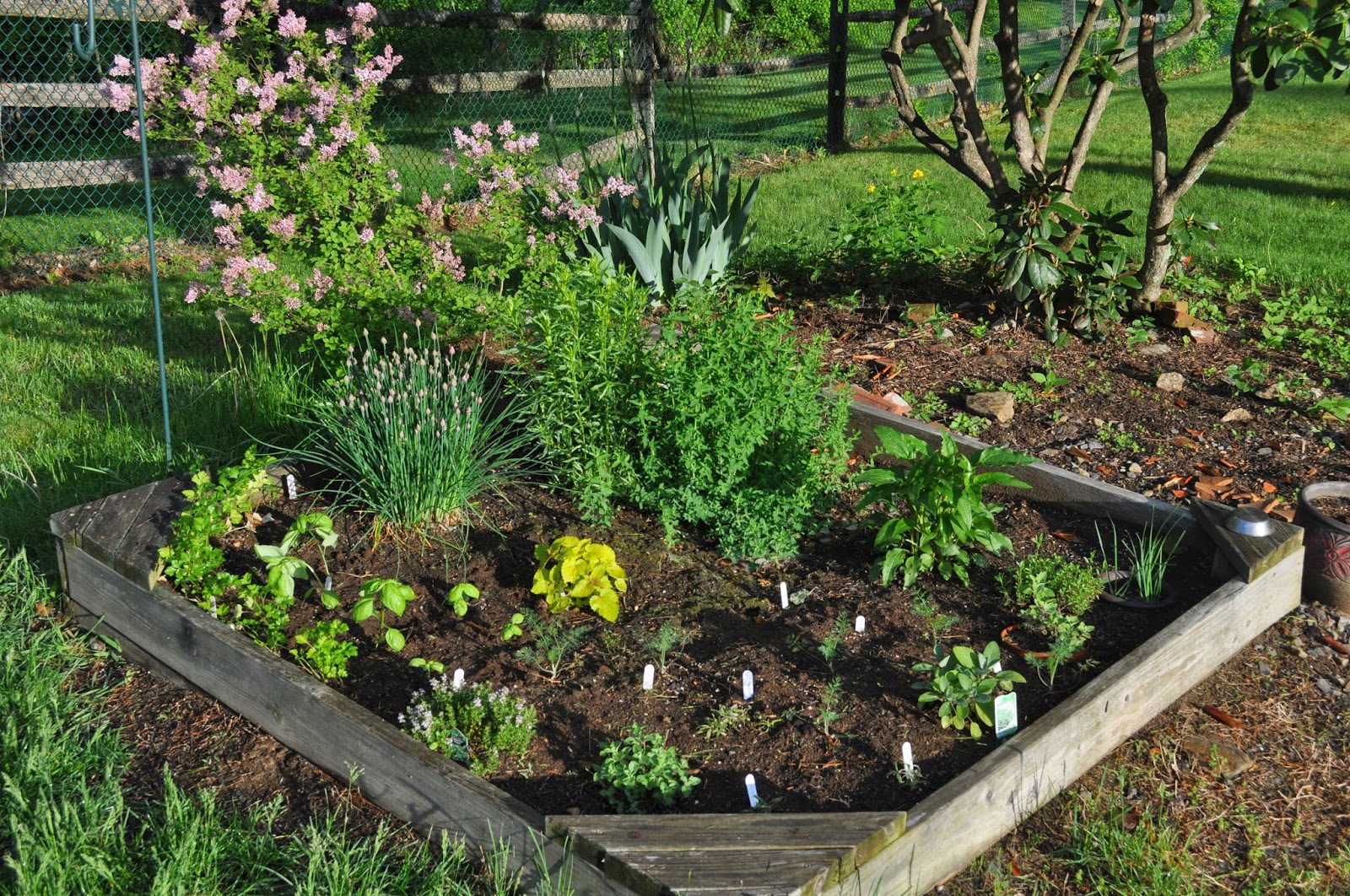 We've cut back and dried the chives and tarragon several times. Here's a picking of fresh tarragon that was used in a delicious tarragon chicken dinner: 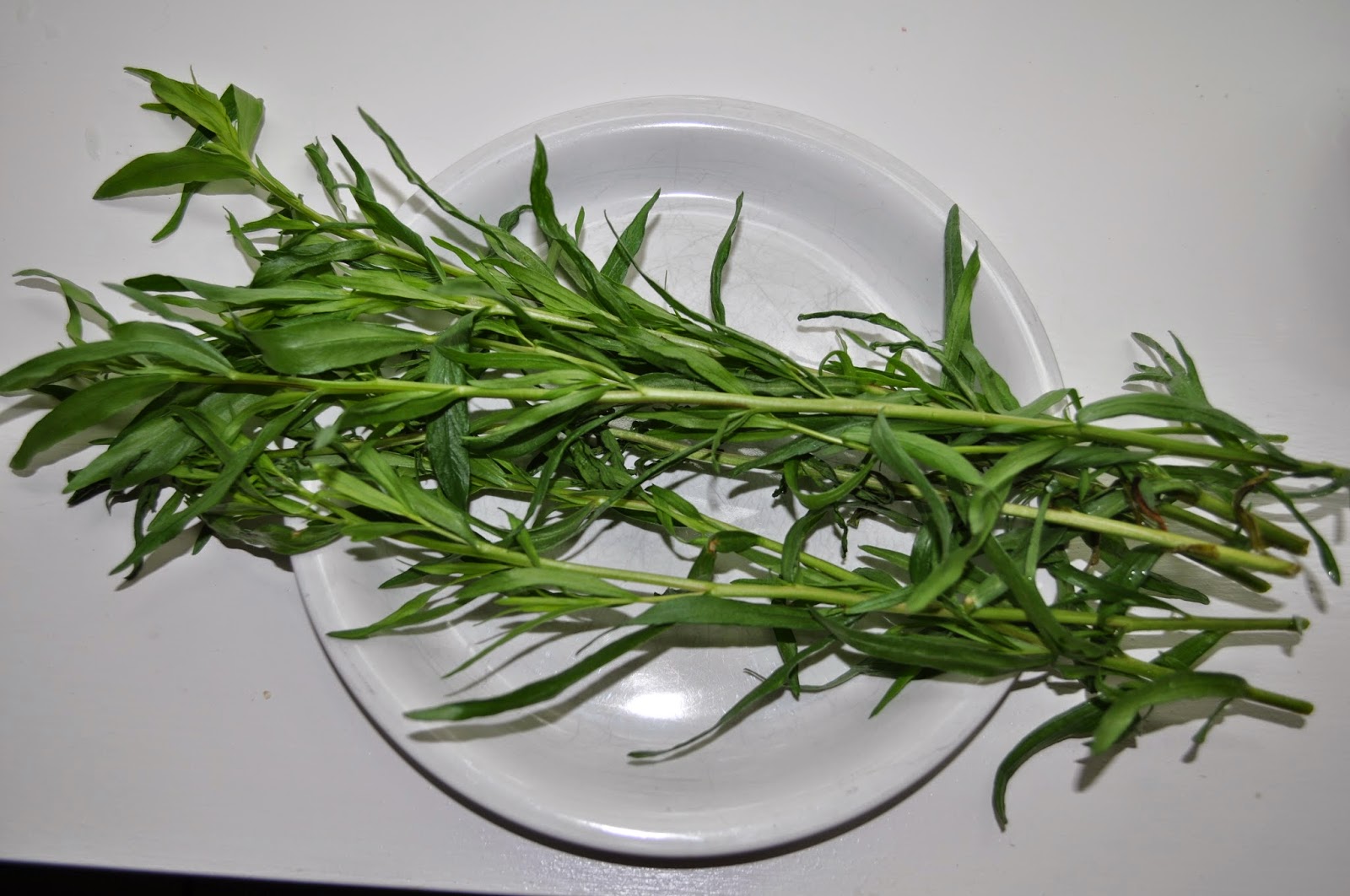 Now I'd like to turn my attention to a new project here at the "farm."


Growing vegetables is great. And preserving your harvest by freezing or canning is also great. But those processes take energy largely derived from fossil fuels. What would we do in a protracted grid-down situation, a possibility in my opinion?
Dry field corn for grinding, and dry beans, are an answer. I’ve never grown either of them. So I thought I’d experiment with what I’m calling “The Survival Garden.”
Out in the field is the site of an above-ground swimming pool that long-ago owners installed and removed at some point. Now it’s just a scar on the land; a weed patch. But admittedly it was a convenient place to burn brush and yard waste. It even has nearby water and power! The total area is about 525 square feet, if I do my area-of-an-ellipse math correctly. 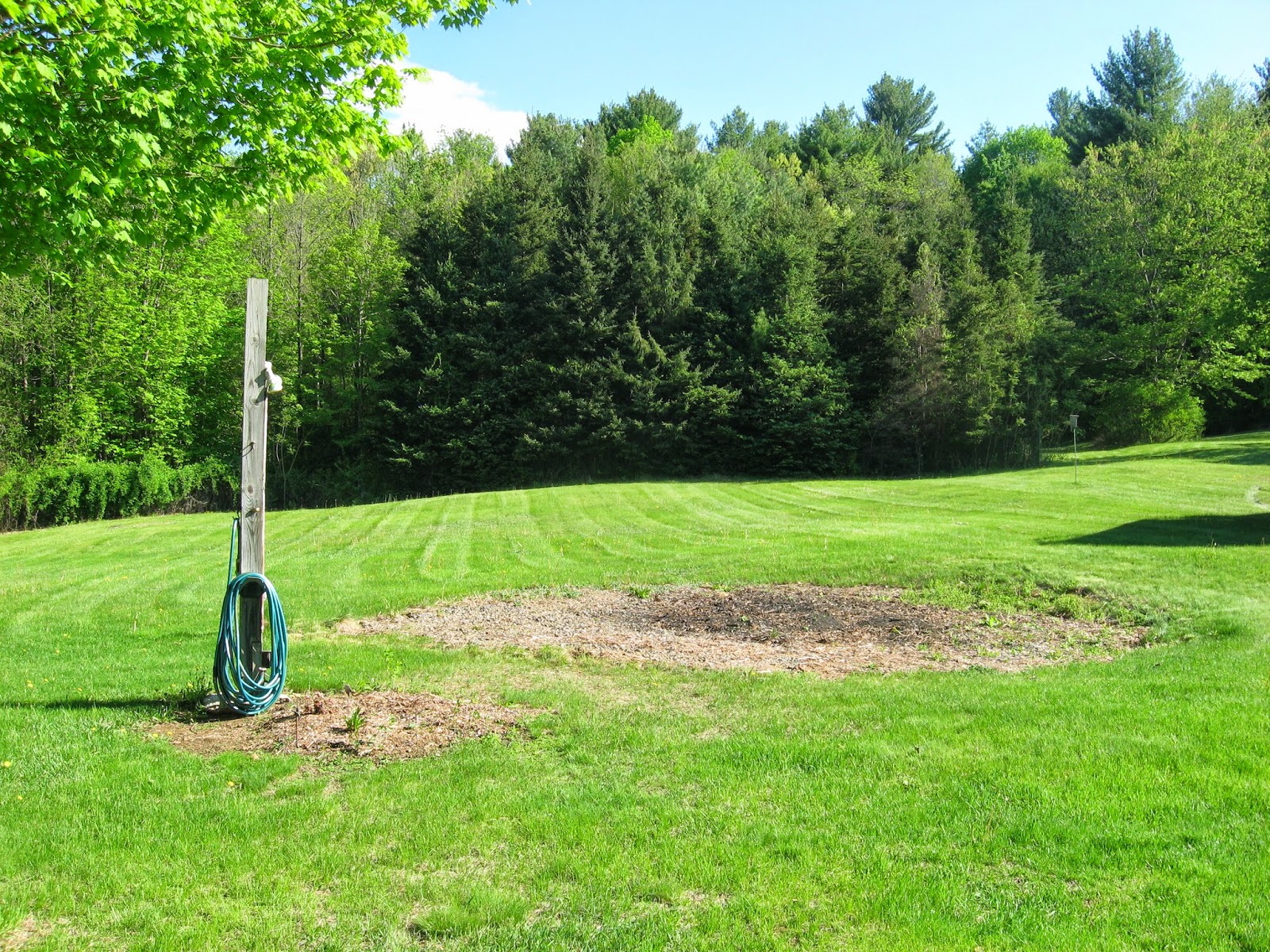 I had ideas of using it for a landscaped area—waterfall, tranquility garden etc. But it is a little too far from the house for that, never mind the expense.
So I developed the idea to turn it into a crop area. If I grow tired of the experiment, I can plant a nice-sized vineyard there, or landscape it, or just let it revert to grass and blend in with the rest of the pasture.
I calculated I would need about 16 cubic yards of screened loam (pronounced “loom” in these parts for some reason). I shopped around a bit and found a place that sells a screened mix of 50% loam and 50% compost, tested by the University of New Hampshire for pH and lead contamination. They agreed to deliver it for $390. It’s not a small sum, but is one of those amortizable expenses.
On Monday, May 19 2014, a huge dump truck showed up. He negotiated the gates and drove onto the pasture, making significant ruts. With a load that weighs 24 tons, plus the massive vehicle, ruts were to be expected, but it saddened me. Sooner or later they will smooth out.
Here he is dumping the load in the center of the plot: 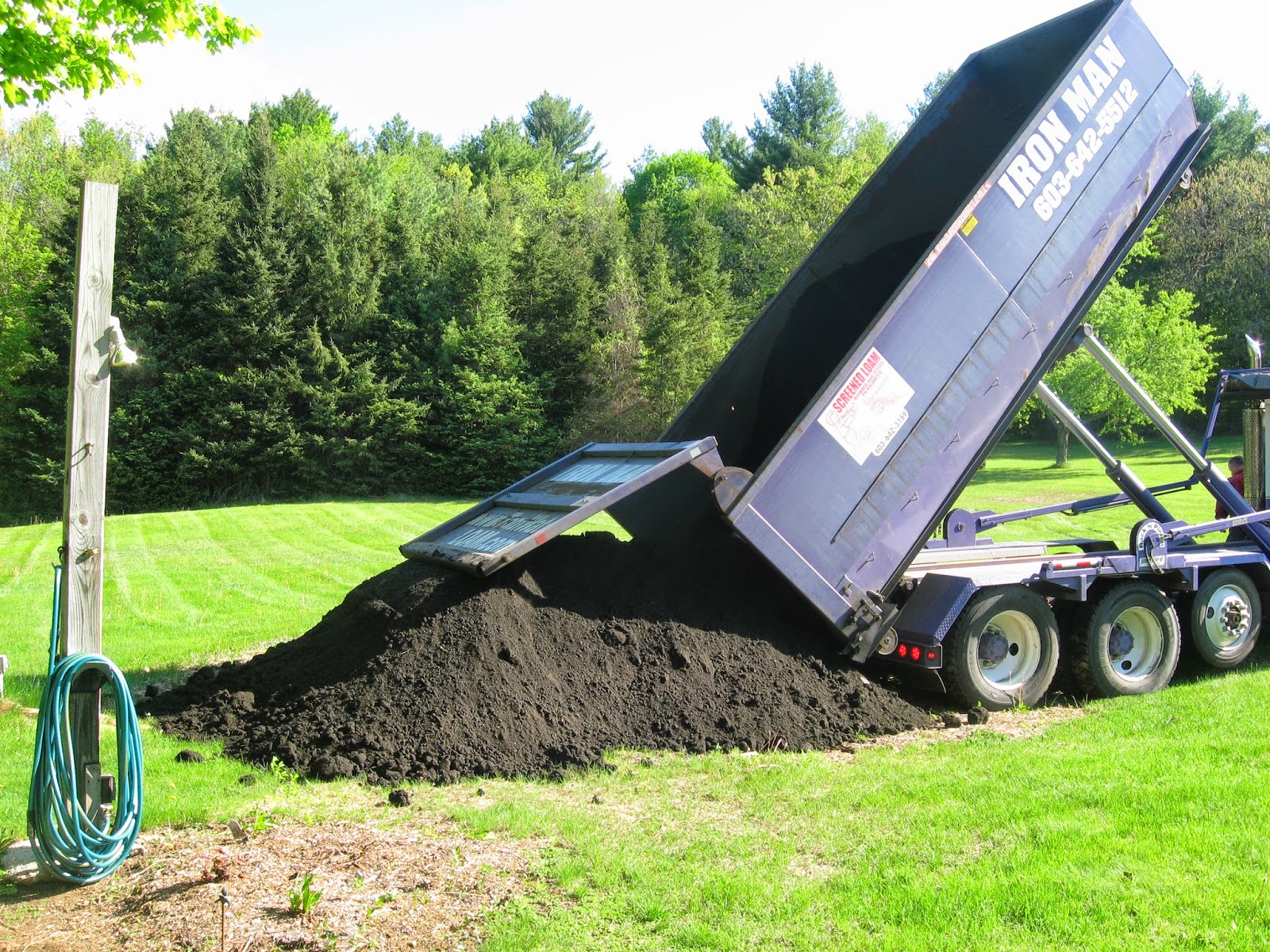 And here is the resulting heap: 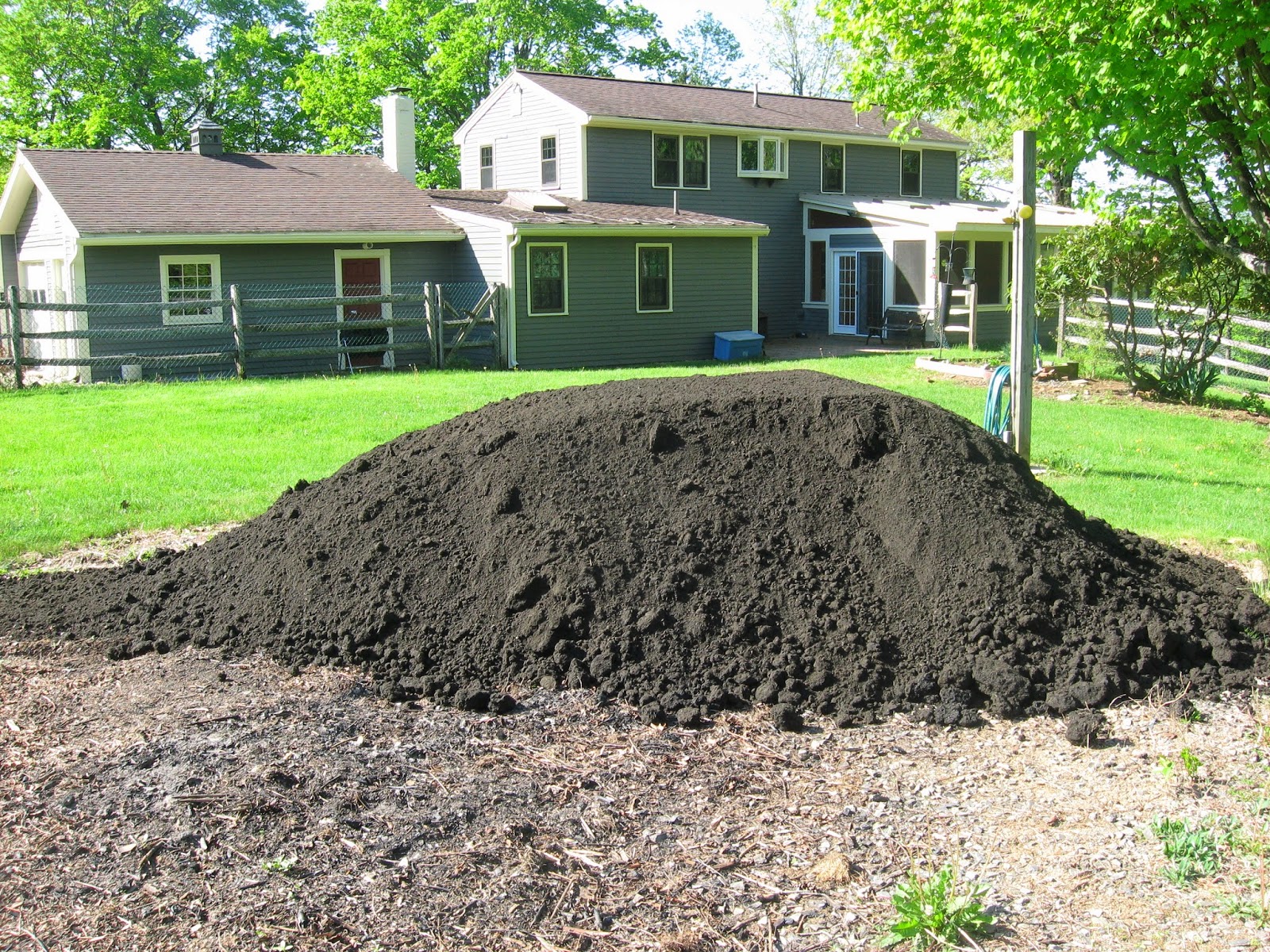 Beautiful dirt, isn’t it? But I gulped, as it was going to be a daunting task to spread out by hand. Plus it looked like twice what we needed.
Surprisingly, in 3 afternoons, with The Kitchen Goddess doing much of the work, the pile was spread out. After compacting halfway through, the result looks like just the right amount. 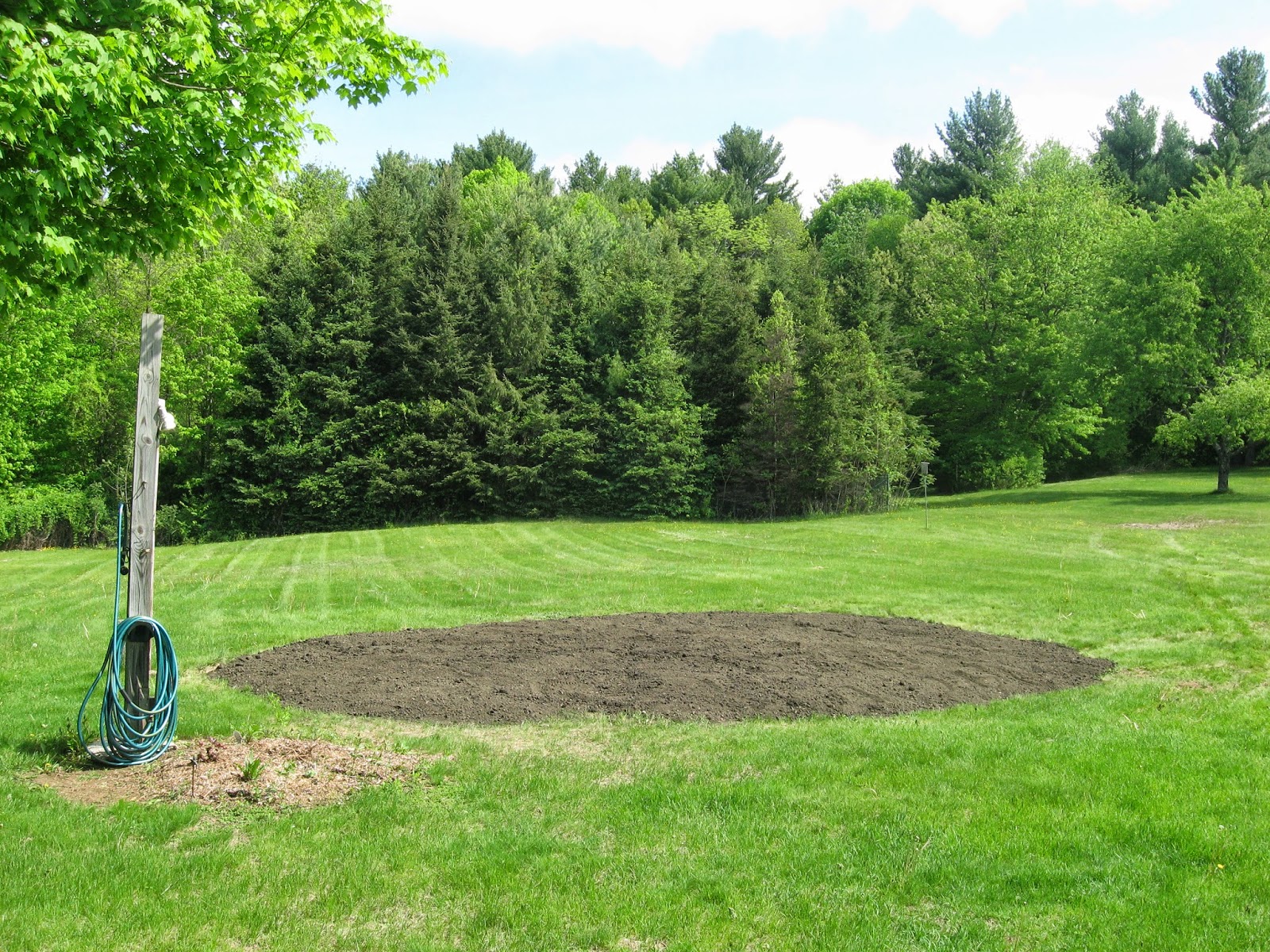 Here it is as of this morning all furrowed and planted: 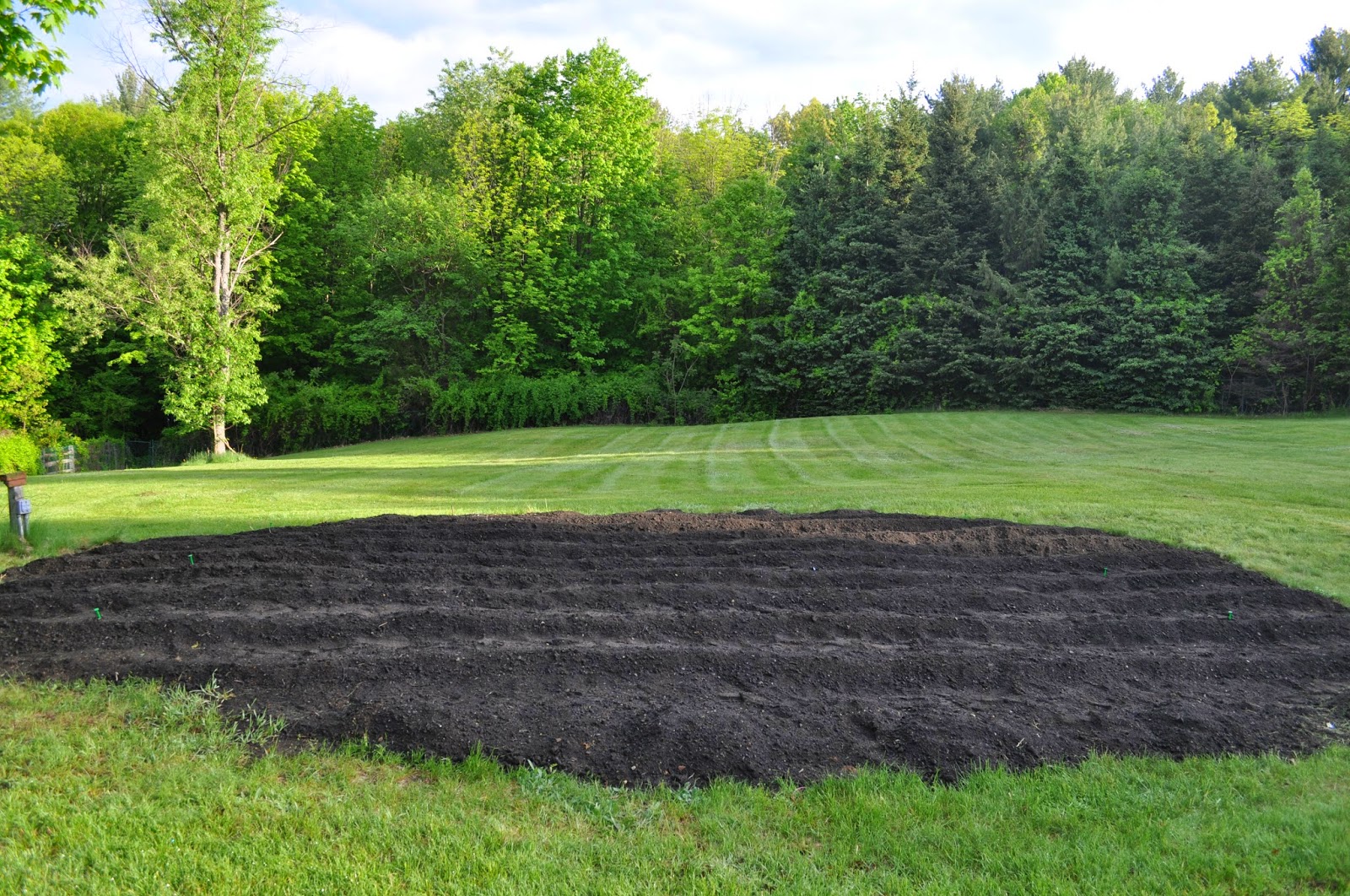 Yesterday I did the planting, which turned out to be two hours of pure stoop-labor. It gives you respect for the old-time farmers and the Amish. I planted seven 20-foot rows of Floriani Red Flint corn, with the remainder divided between Kenearly Yellow-eye and Midnight Black Turtle beans, all from Fedco. Also, pumpkins along the outer edges.

I will keep you posted with the progess as the season goes on. Meanwhile, head over to our hostess's site, Daphne's Dandelions, where hopefully the better-gardeners-than-I have lots of beautiful harvests to show.
Posted by Eight Gate Farm NH 2 comments: