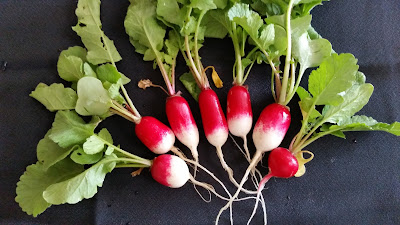 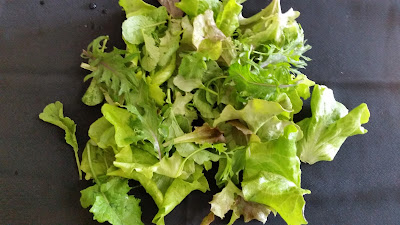 Onion crop, where hast Thou gone?

Today The Kitchen Goddess informed me we were down to our last few onions. Here they are: 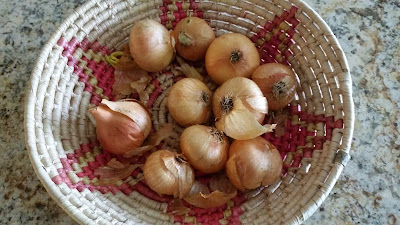 That got me wondering how long we've been storing them. Turns out we harvested on August 1 of last year. 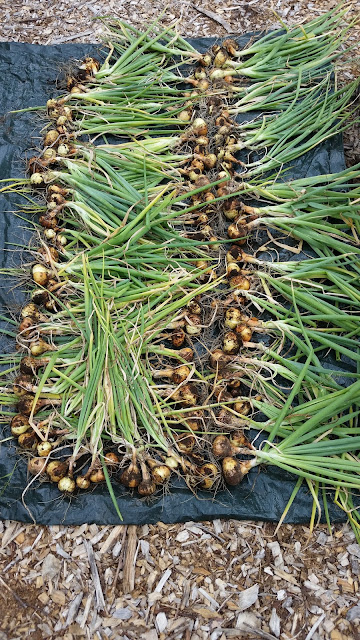 I'd say this is pretty good results from a storage perspective. Sure, some sprouted (still fine), and just a few rotted, but otherwise this crop has served us well for 9 1/2 months.

The variety is Stuttgarter, and besides being a good keeper they have exception robust flavor. In the past I've only grown them from sets. But everyone assured me that growing from seed produces better results. So that's what I tried this year. I must say I still have doubts--the little grass-like stalks look so fragile.

I have of course been absent from Harvest Monday, hosted by Dave at Our Happy Acres. This has just been a miserable spring, and everything is behind by 3 weeks. I hope to soon have something substantial to show you for current harvests.
Posted by Eight Gate Farm NH 6 comments: