Welcome to another Harvest Monday report from Eight Gate Farm, brought to you by Daphne's Dandelions--your one-stop shop for garden wisdom and inspiration.

Today (Sunday) is by far the hottest and muggiest day of this summer; too hot to do anything outside except pick, and even that was a struggle. Muggy--what a strange word. Of course, I know that we in New England don't have much to complain about summer weather, compared to much of the U.S.

Since it's so hot, let's get right to the pickings. First up, the new stuff for this week.

I don't know what happened to our bush beans, but they have absolutely exploded, growing more lushly than ever before. They were spilling out of the raised bed and toppling over. We had to rig up fencing to keep them off the ground.

A normal first picking would be a mere handful, but not this year! 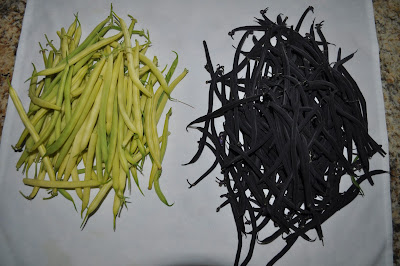 That's "Carson" yellow wax on the left, and "Velour" filet on the right.

Next up, "Yellow Fin" golden zucchini. I know these aren't world-beaters in terms of size. I think they did not get properly pollinated, as they bloomed before any male flowers did. So I judged it was best to take them and let the plant get on with its business. Still, I think they are very pretty. 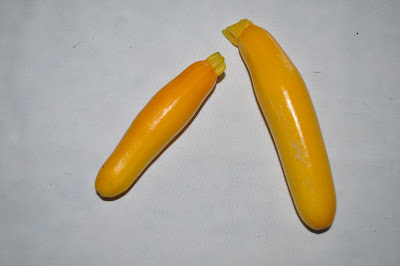 But the dearest to our hearts is this: 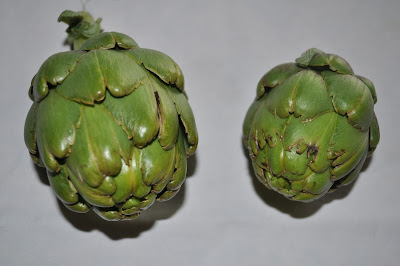 That's right, our first artichokes of the year. Just so you know, The Kitchen Goddess and I shared them equally, without fighting. They were outstanding.

That's the new, now for the greatest hits. We picked the rest of the mesclun: 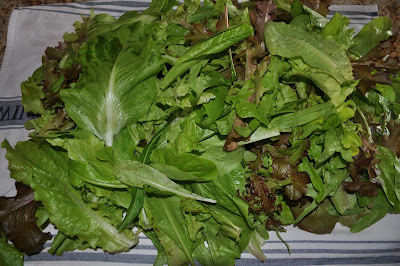 And a head of "Green Ice" that looked like it was going to bolt, plus snow and snap peas, and blueberries: 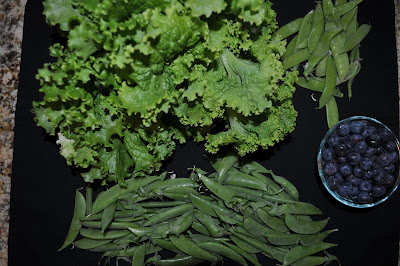 And just today, what else? Another Green Ice, all the "Rocky Top" lettuce mix (free packet from Baker Creek), and yes more peas. I really really thought the peas would be finishing, but no. For lettuce and peas, we are at the glut stage. Come on down, folks! We're giving 'em away! 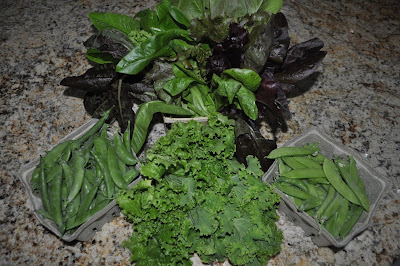 And more blueberries, and black and red raspberries: 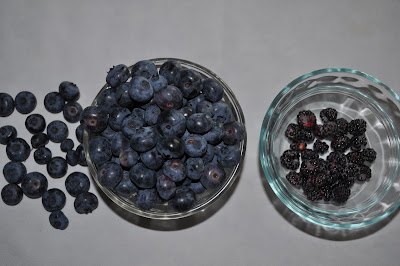 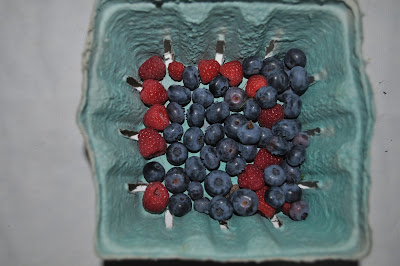 That's it for this week. Thanks for reading! I look forward to reading the rest of the Harvest Monday posts.
Posted by Eight Gate Farm NH