Here's another Harvest Monday report from Eight Gate Farm. We started the week with an overflowing heap of tomatoes on the kitchen island. 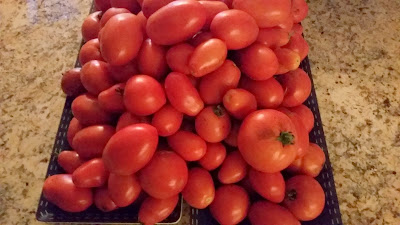 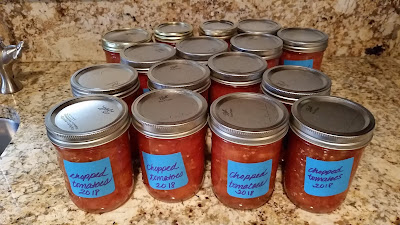 For "first harvests" this week, I picked all the McIntosh apples from the old tree. Most are misshapen, and the squirrels ruined a lot of the others. I've reached the conclusion that I'll never have "marketable" apples without heavy spraying, something I will not do. But they have that McIntosh crispness and sweet-tart flavor I like so much, so I'll put up with the appearance. 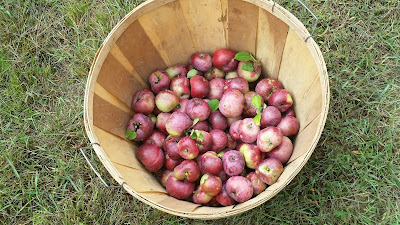 Another first harvest was "Summercrisp" lettuce.

Not really a true first, as I had a spring batch, but this is the first (and only) picking of summer-planted Tatsoi. 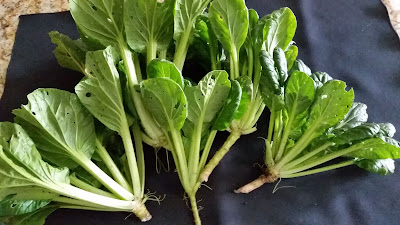 I finally picked all the remaining spring-planted turnips. These were too big to qualify as "saladette," so TKG cubed, boiled, and mashed them for the freezer. 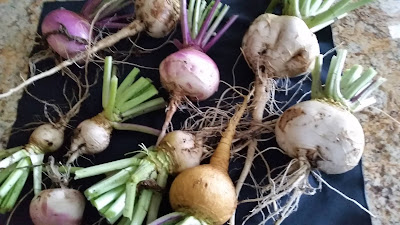 The raspberries are just booming. Here's one picking of around a pound, and we had another like it plus several smaller pickings. 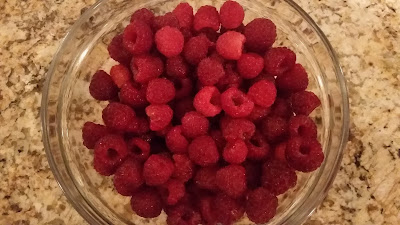 The black beans were dry enough for storage, so I weighed the entire harvest this year; pretty close to 3 pounds. This is another bean I won't need to plant next year.

The tomatoes, peppers, eggplants, cucumbers, and zucchini are still producing, but the tomatoes are really slowing down rapidly. This is due to the terrible Early Blight, and the natural characteristics of determinate tomatoes. I'm gradually pulling out the dead or nearly-dead vines, and I must remember to sterilize the cages they were grown in. I'm thinking either rubbing them with a bleach solution or spraying with alcohol. Any thoughts on what would be most effective? 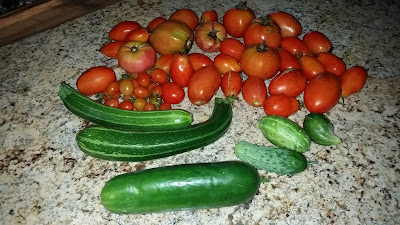 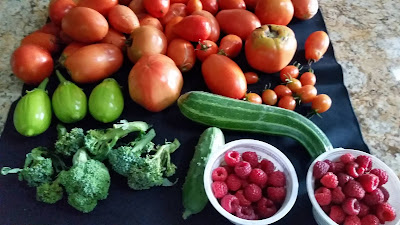 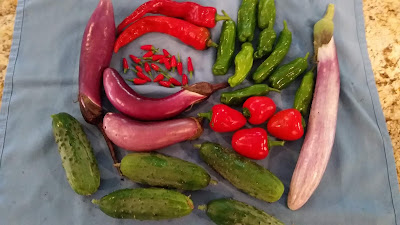 By week's end, TKG had enough cucumbers to can 5 pints of dill spears. 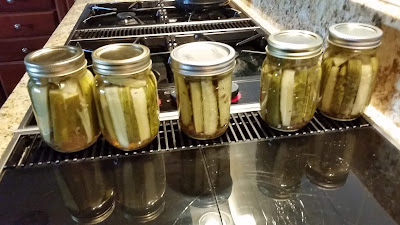 Last week I showed a picture of a Monarch butterfly chrysalis that was on one of the garden hoses. I noticed this week it had somehow detached itself and was laying on the ground. That's not good! So we brought it inside and taped it to a stick over a cardboard box. Within a few days it had emerged and was clinging to the stick, so we took it back outside. It wasn't long before it flew off. 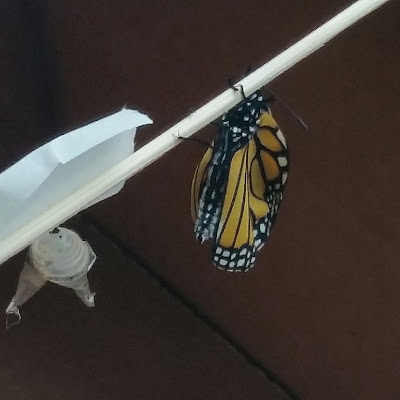 Sigh...they grow up so fast! That's all for this week. Thanks for reading, and thanks as always to Dave at HappyAcres.blog for hosting Harvest Monday.