Hello again from Eight Gate Farm! We had a taste of fall over the weekend, with last night's temp dropping to 49 F (9.4 C). I'll bet our summer crops are not happy. Summer should return by mid-week however.

We had a lot of first harvests this past week. Most fun was the Poblano peppers.

We enjoyed them that night. The Kitchen Goddess halved them, stuffed them with sweet Italian sausage and cheddar cheese, and wrapped them with bacon. I put them in the smoker for about 1 1/2 hours. Along with that, TKG made A.B.T. (Atomic Buffalo Turds), otherwise known as jalapeno poppers. These were stuffed with cream cheese and cheddar. They were also wrapped with bacon, because...bacon! These were smoked for just a half-hour. 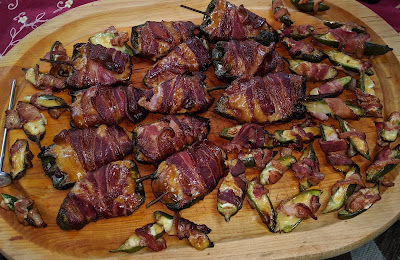 Not the healthiest, I guess, but unbelievably good. The Poblanos had just a hint of spice, while the jalapenos ranged from mild to eye-watering hot.

I picked the first Tangerine Dream peppers. I sampled one, and it was sweet and slightly floral. Very pleasant, but since they are only jalapeno-size the plant better be productive to be worth it. We'll see.

I also picked a number of tiny Thai Hot peppers.

A friend and fellow Master Gardener gave me some sweet Biquinho Red and Biquinho Yellow pepper seeds. He in turn got them from some friends from Brazil, where they are pickled and served as an appetizer. The peppers that is, not the friends. 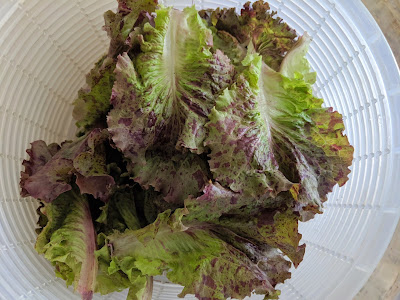 In the first but sad harvest department, this looks the be the entirety of our winter squash. The combination of squash vine borers, squash bugs, and powdery mildew was just too powerful. There's a single Naked Bear pumpkin, and two Sugaretti spaghetti squashes. They are tiny. 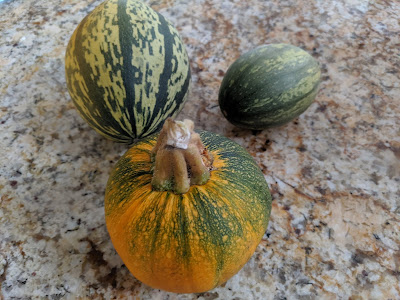 I'll now show a sampling of continuing harvests. Here are sweet Jimmy Nardello's and fiery Maule's Red Hot cayennes. Look alike, don't they? We took care to label them in the fridge to forestall some interesting culinary experiences if they were mixed up.

For us, no summer week is complete without artichokes and shishito peppers.

The other crops are doing nicely too. Here's some tasty but wonky Mokum and Yaya carrots that grew where the soil was not tilled thoroughly, some Anaheim peppers, and Mitoyo and Midnight Queen eggplant. 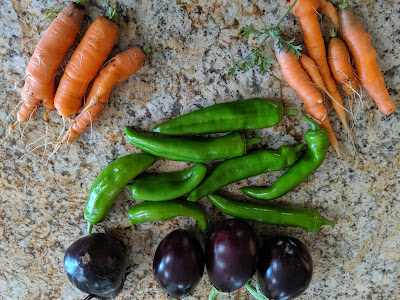 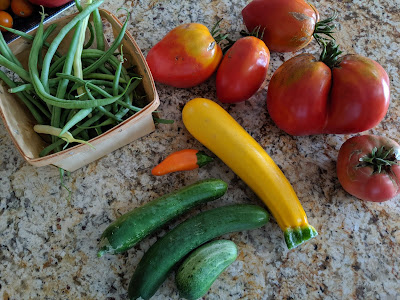 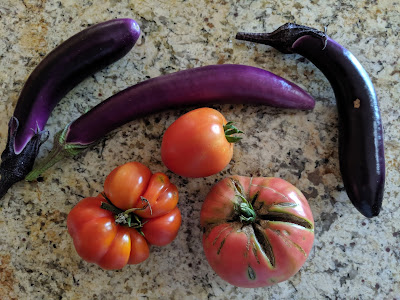 So I'm pretty happy with the week's results. Thank you for reading, and I hope your harvests pleased you as well. Thanks as always to Dave at HappyAcres.blog for hosting Harvest Monday.